The Carnival of Venice, or Carnevale, is one of the most legendary festivals of Italy. It is also one of the oldest, tracing its origins to the 12th century. Carnevale was officially recognized by the Venetian Republic in the Renaissance, and became especially popular in the opulent Baroque era as a symbol of the power and prestige of Venice. Perhaps for this reason, the festival was abolished when Venice came under Austrian rule in the late 18th century and the wearing of masks was prohibited. The event was officially reestablished by the Italian government in 1979. Venetian Carnival begins each year before the Catholic period of Lent, typically in February or early March. It is most famous for the Carnival of Venice events, especially the masquerade contests and balls, with partygoers wearing different styles of masks historically associated with different levels of social status, such as the Bauta, Colombina, and Plague Doctor masks. 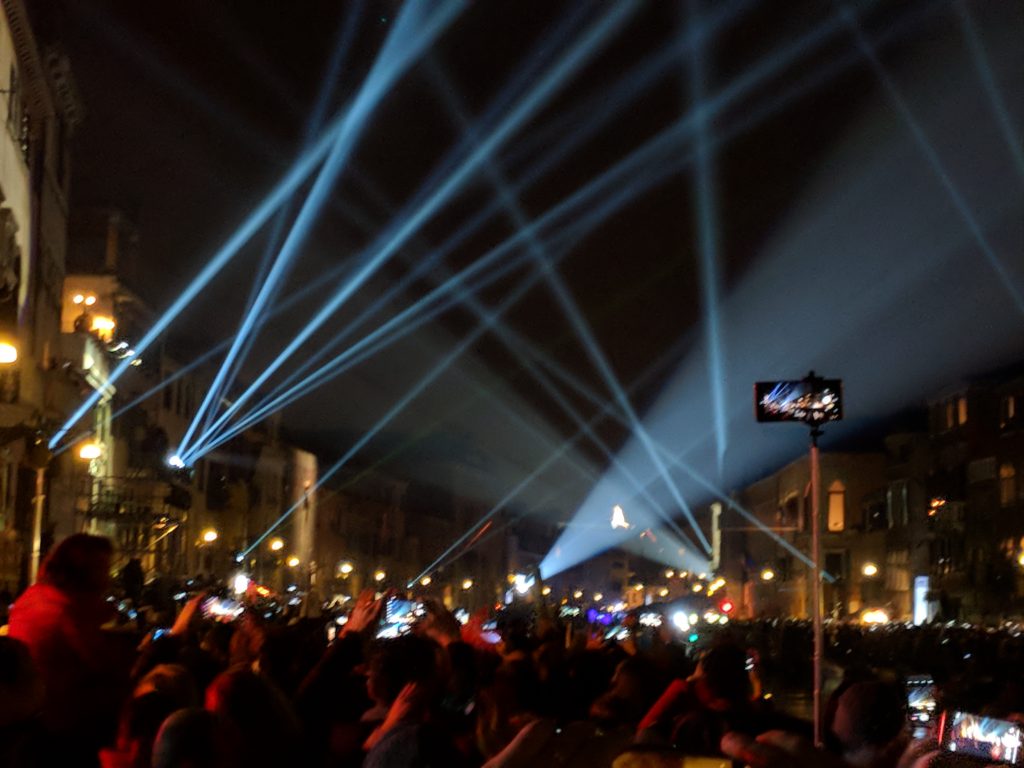 The theme of the Carnival of Venice 2018 is Creatum: Civitas Ludens. Carnival of Venice events take place throughout the city and the mainland from January 27 to February 13, 2018. From food to regattas to spectacular shows on the canal and in Piazza San Marco, to kids’ events, and local fairs and parades on the Mainland, the Carnival of Venice 2018 has something for everyone to enjoy. Here is a schedule of this year’s official Carnevale events in Venice and on the mainland. For added fun, the outdoor ice rink in San Polo, which opened to inaugurate Christmas holiday events in Venice, is still open in Venice through the end of January.

The Carnevale season is a crowded period in Venice, exploding with local options for fun and culture around every corner. For a stress free and fun local way to get around during Carnevale in Venice, request a helpful Prontopia local assistant to assist you with getting to just where you need to be!

Saturday, January 27 18:00 and 20:00 VeCircOnda Festa Veneziana opening night event in CannaregioOpening night festivities begin in the evening on January 27 with a spectacular show on the water in the very local neighborhood of Cannaregio according to this year’s theme Creatum: Civitas Ludens. The show will light up the canal with fantastical images accompanied by music and performers.  Inspired by the cinematographic work of Fellini, this year’s show, titled “VeCircOnda,” conjures ideals of Venice (VE), the cirque theme of Carnevale 2018 (Circ), and the waves of the water that will serve as the stage (Onda). Prepare to be dazzled by carousels of horses, acrobats, clowns, exotic animals, and a magic lantern, with a great surprise at the grand finale. The event is free, and has two showings at 18:00 and 20:00. This video of last year’s event will inspire all to attend!

Sunday, January 28 10:30-1:00 Grand Opening of Carnevale di Venezia 2018On Sunday morning, the Grand Opening of Venice Carnival 2018 begins at 10:30 am with the Regata Sprint delle Colombine along the Cannaregio canal. During the regatta, there will be entertainment on the fondamenta (canal promenade) in Cannaregio. This year, for the first time, women will row in the gondolini used in the Regata Storica. The event is coordinated by the Associazaione Regatanti Veneziana. At 11:00 am, there will be a procession in costume in boats on the water from the Punta della Dogana along the entire Grand Canal, ending at the Rio of Cannaregio. With the arrival of the boats at 12:00, there will be food stands offering Venetian culinary specialties, and sweets typical of Carnevale, such as fritole and galani (types of sweet fritters). Music and entertainment will follow. All events are free. 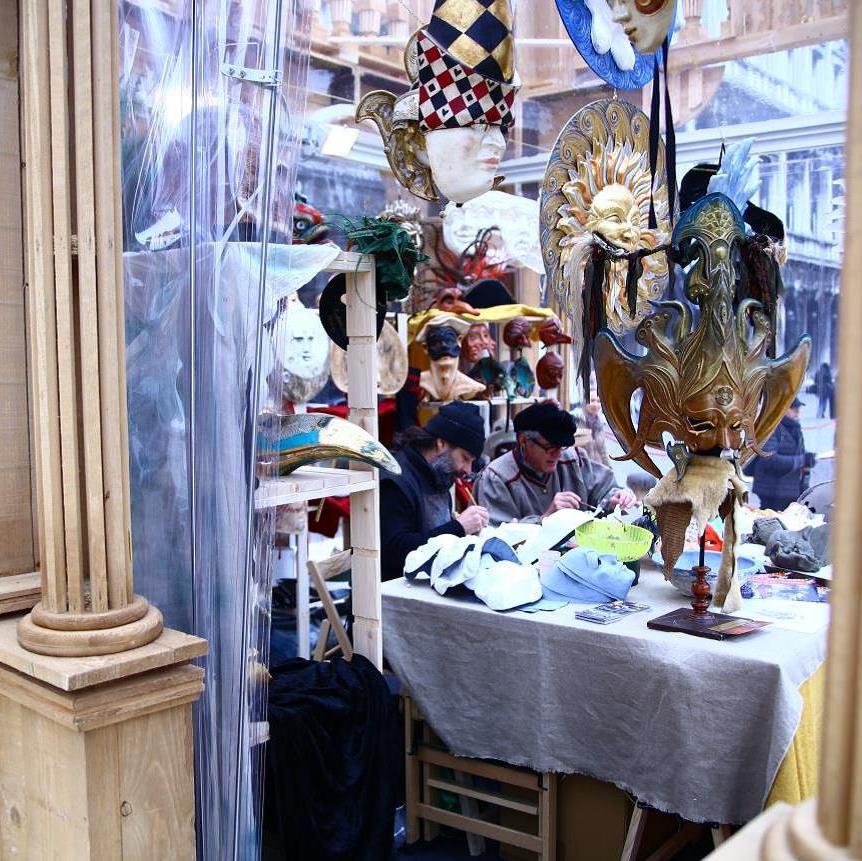 Saturday, February 3 at 14:45 Festa delle Marie, CastelloOn February 3, the neighborhood of Castello is the starting point of an historical procession in honor of the Virgin Mary in costume from San Piero di Castello beginning at 14:45 to Piazza San Marco, arriving at 16:00, in which Carnival Master of Ceremonies Prince Maurice is presented. According to legend, the Virgin Mary rescued 12 maidens kidnapped in Venice by pirates in 973. This historical parade honors this deed every year.

Saturday, February 3 – Tuesday, February 13 Carnevale Official Dinner Show and Ball with Doctor Jack Hill and Mrs. HighThe Official Dinner Show and Ball of Venice Carnevale at the enchanting Ca’ Vendramin Calergi palace, site of the Casino of Venice, is hosted nightly from the 3-15 of February 2018. The façade of the palace will be animated with fantastical images from the Grand Canal. The chef of Ristorante Wagner will be preparing a sumptuous menu. Prince Maurice will welcome guests amid the marvels of a “daydream” to emotional artistic performances by Nuart and costumes by Atelier Pietro Longhi. 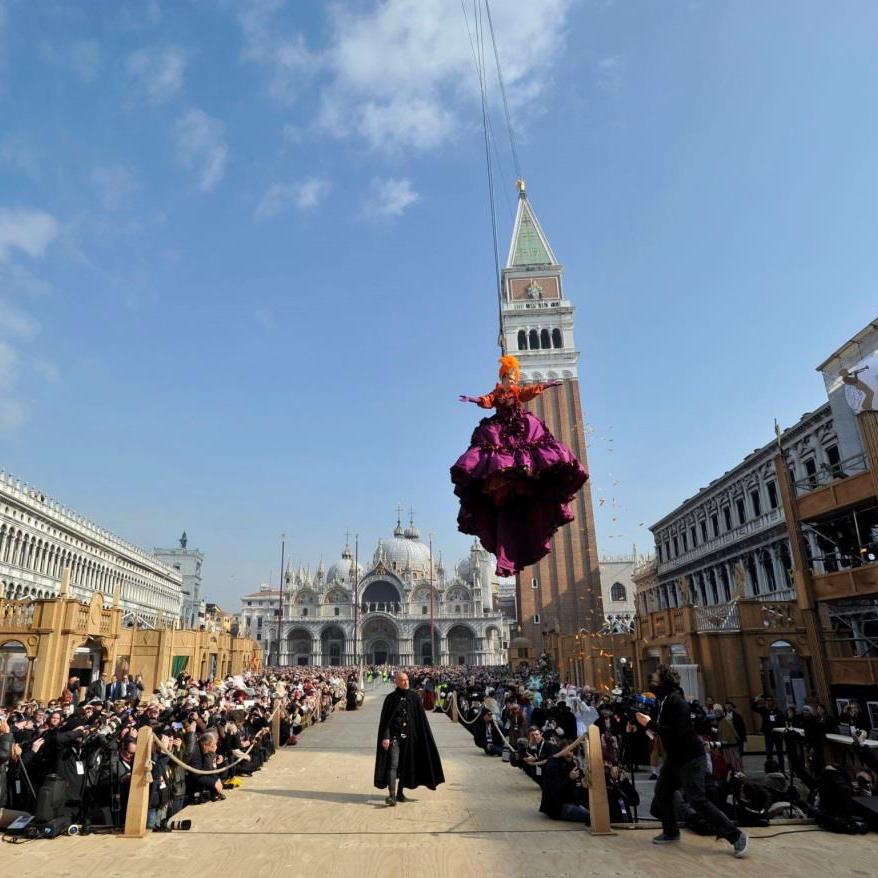 Thursday, February 8 15:00 Ballata delle MasqueradeThis year the Compagnia L’Arte dei Mascareri is organizing the third edition of the Ballata delle Maschere, a modern reinterpretation of the ancient ritual of Fat Thursday of the year 1162. The company invites all participants to join in a masquerade procession, departing at 15:00 from Campo Santa Margherita and procession to a spectacular conclusion in Piazza San Marco for a surprise.

Thursday, February 8 – Saturday, February 10 17:30-22:00 Carnival at the RialtoFrom February 8 to February 10 from 17:30 to 22:00 each day, the Rialto area hosts a street food and live music festival organized by the Associazaione Culturale Mattaccino. The event includes a series of historical presentations of the ancient culture of fishing and Venetian craftsmanship and trades. This is a must attend event to learn of the vibrant living culture of Venice, and appreciate the need to importance of preserving Venice’s culture.

Friday, February 9 Historical Reconstruction of the Feud between the Nicolotti and CastellaniTwo historical reenactments will recount on Fat Friday will recount the legendary rivalry between the dueling factions of the Nicoletti family of Dorsorduro and the Castellani family of Castello. On the stage in Piazza San Marco a narrator and figures in historical arms will reenact several of these famous medieval skirmishes.

Friday, February 9 to Monday, February 13 Arsenale Carnival Experience 2018A fun event for youth, the Arsenale in Castell hosts 5 evenings of entertainment in 3 pavilions with activities for kids.

Sunday, February 11 12:00 The Flight of the Eagle in Piazza San MarcoWell, this event is simply described as “A surprise by artist Renzo Rosso.” So we shall be sure to see you there!?

To reduce stress dashing from one event to the other amid the crowds, request a fun Venetian Local assistant to help you from Prontopia. With increased traffic on the Grand Canal, it is also nice to have help with how to get from the train station to Venice or how to get from Marco Polo Airport to Venice City Center. We hope you have a wonderful time at this year’s Carnival of Venice events!

Prontopia connects pedestrian-based locals on-demand with travelers and residents in need of every-day assistance in walkable city centers. Prontopia is a conscious company cultivating human rights awareness through global connectedness and human understanding via our community’s core values — empathy and awareness. We hope you will join us on our journey–sign up for Prontopia today for a better experience getting where you need to go in walkable cities!