Visiting Venice in August, at the peak of the high season, involves pro-and-con aspects. Easy to list the cons: muggy weather, lots of visitors, higher prices for accommodation. These considered, pros are many more, starting from the countless cultural opportunities.

First of all, the Biennale. As the name implies, the exhibition takes place every two years but since the 1980s, it occurs every year alternating visual arts and architecture. On the even years, it’s the turn of the visual arts. The 58th Exhibition, curated by Ralph Rugoff, currently the director of the Hayward Gallery in London, and is titled May You Live In Interesting Times. The two venues where the exposition is kept are themselves worth a visit. In the rooms of the Arsenale called Corderie, the ropes (corda in Italian) used to be made. Once in the open air, it is simple to imagine the workers that untiringly built the ships for the thriving Venetian navy in the dockyards. At the Giardini, the national pavilions are the work of many notable twentieth-century architects: Rietveld for the Netherlands, Scarpa for Venezuela, Fehn for the Northern Countries, Aalto for Finland, and Hoffmann for Austria, only to name some.

2019 is the year in which the anniversary of Leonardo’s death falls. Exhibitions are open all over Italy, but Gallerie dell’Accademia in Venice is proud to possess the drawing of the Vitruvian Man: it is the perfect time to unpack it as it is shown only rarely or it would flake apart. Leonardo was a multifaceted man and he also devoted himself to perfumery: at the intriguing museum of Palazzo Mocenigo, a small exhibition unearths his activity of cosmetologist and perfumer.

Jean Arp’s work is the focus of the exhibition at the beautiful Peggy Guggenheim Collection. Also to be seen is the interesting exhibition of Joan Jonas on the endangered ocean life at the ex church of San Lorenzo. The church has been closed since 1920 and is now given in custody of the Thyssen Bornemisza Foundation. 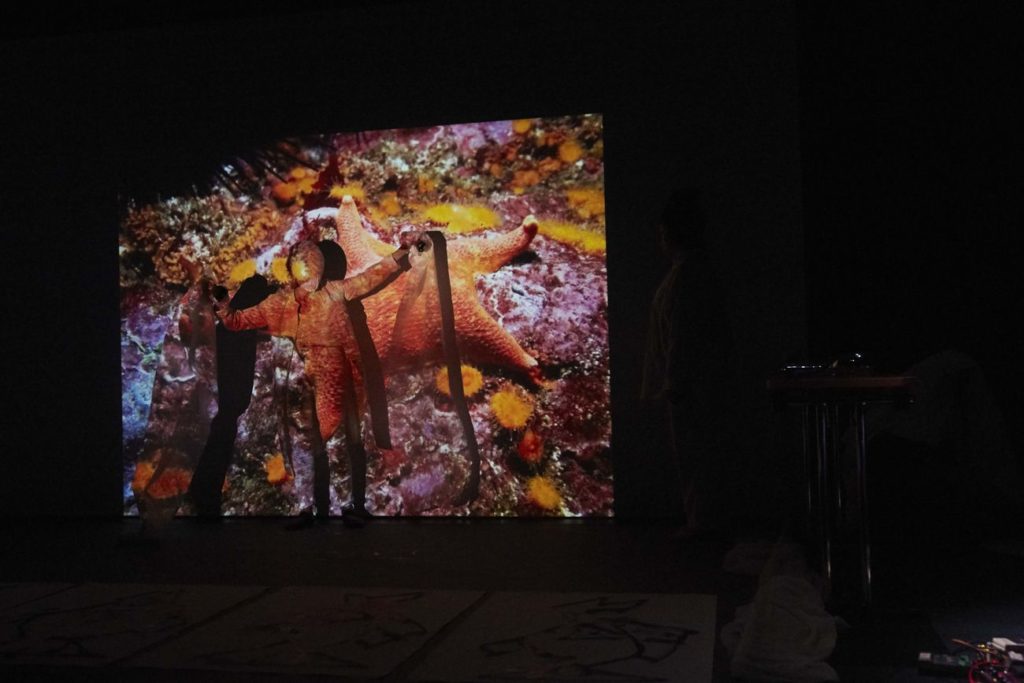 The good weather encourages the outdoors activities. Such an old city is haunted with ghosts and the likes, of course. To help you discover the eerie presences, join one of the walks of Park View. Do not forget to bring your security blanket. 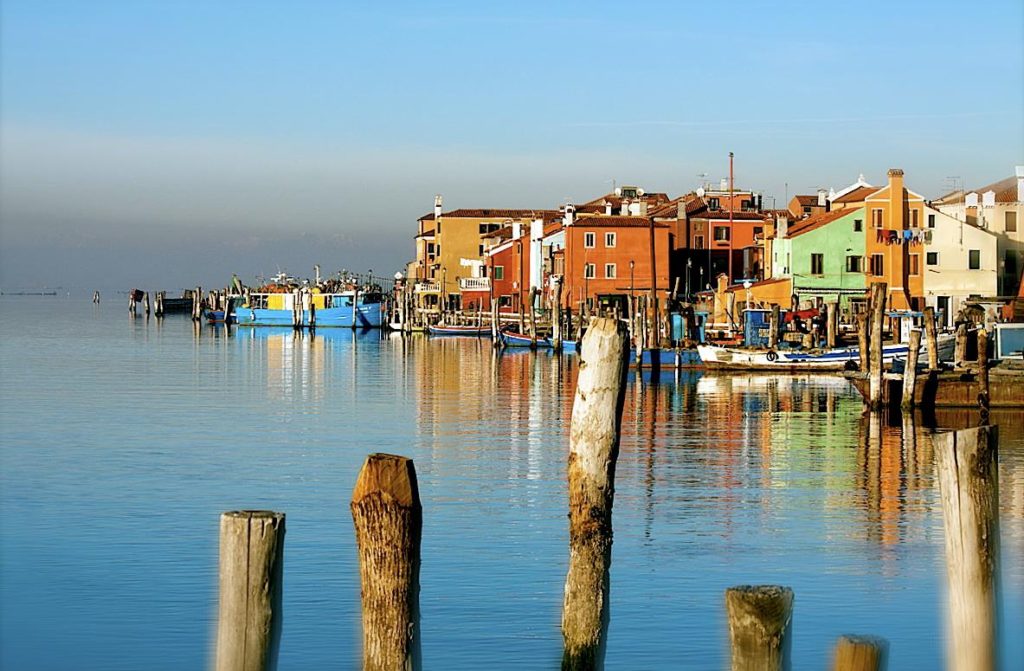 Summer is the time of the open-air celebrations, and Venice and its islands have many of them falling in August. Take a trip to Pellestrina, the long thin island between the Lido and Chioggia. There, in early August, the Madonna dell’Apparizione is commemorated with a fair and a regatta. Again in Pellestrina, in mid-August, it is the turn of the festivity of Santo Stefano in Portosecco. The island can be reached from the Lido with the bus 11 via a scenic route that includes the embarkation of the vehicle on a ferry. A beloved holy man in town is Saint Roch who, being the protector against the plague, has been venerated since the 1576 epidemic. On August 16, the Doge attended a Mass in the church next to the magnificent Scuola di San Rocco, accompanied by a sumptuous water procession. In order to shelter the parade from the mid-August sun, a rich temporary canopy was set up in the days preceding the festival. Still today el tendon del Dose is erected for the occasion. 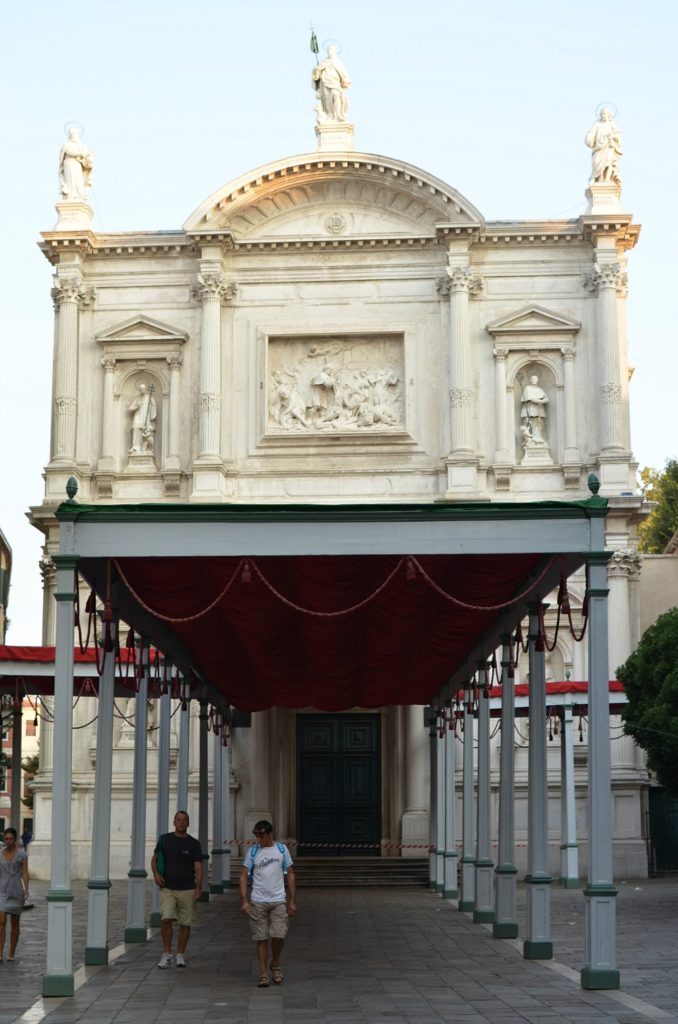