The Medici Chapels of Florence, Italy

If you think there are powerful family dynasties now, just wait until you learn about the Medicis. With a reign of Florence and Tuscany that lasted - with some pauses - for centuries, this family had an influence not only on Italy, but the rest of the world. The Medici line may have ended, but you can't pay a trip to Florence without encountering the remnants of their powerful influence. The Medici Chapels, located in Florence, are a prominent piece of their legacy that serve as evidence of the family's prestige.

Florence can be a difficult city to understand and navigate - book a Prontopia Local Assistant for your next trip to get where you need to go stress-free, learn insider tips on where to eat, drink, and dance and for help with any other needs while traveling. 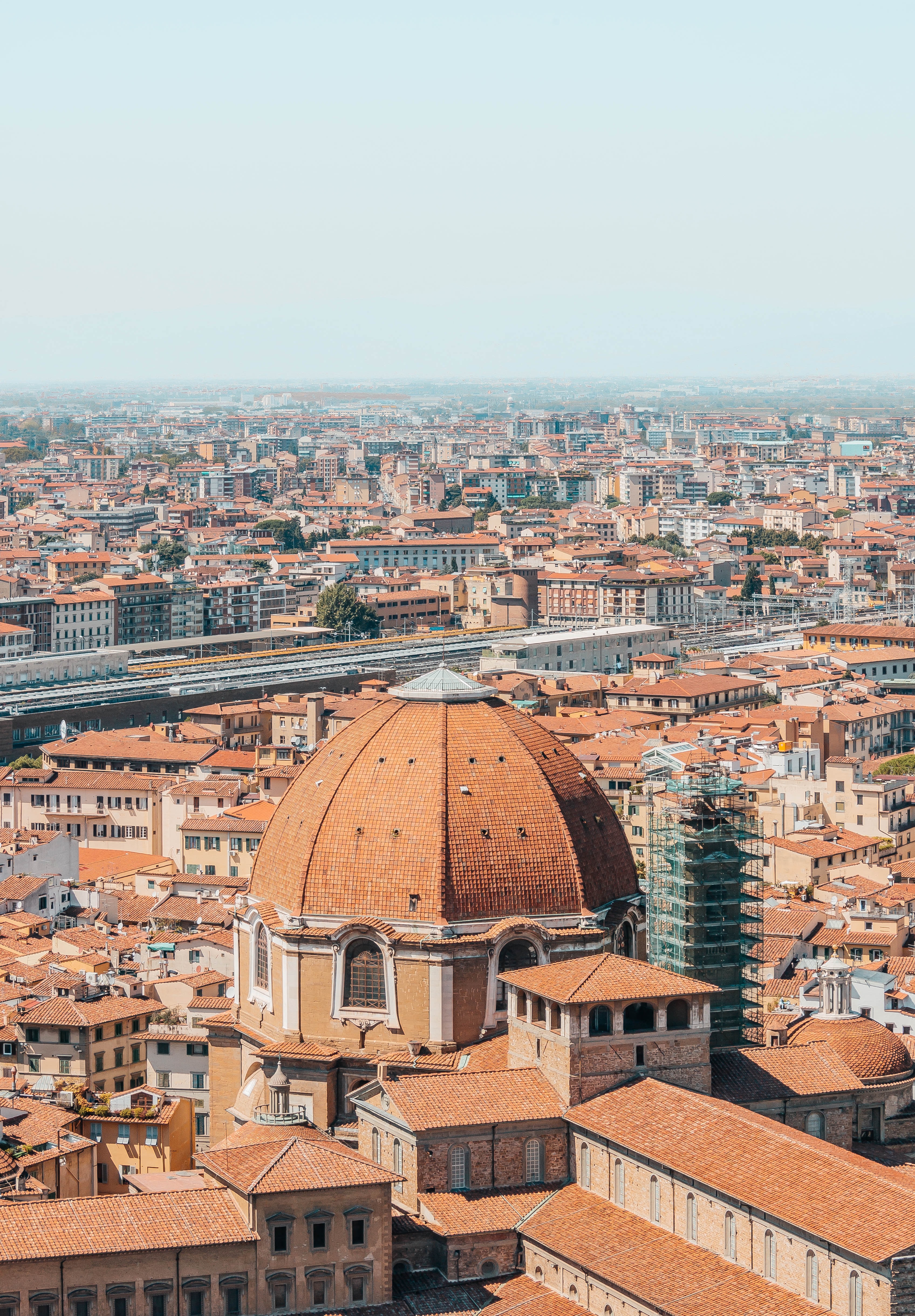 The Medici Chapels were started by none other than Michelangelo. The artistic genius began one of the chapels, Sagrestia Nuova ("New Sacristy"). Commissioned by Pope Leo X and his cousin, Cardinal Giulio de' Medici, the eventual Pope Clemens VII,  this was to be a mausoleum for certain distinguished Medici family members, as well as an extension of the church of San Lorenzo. Although Michelangelo began the project, other obligations, such as work at St. Peter’s Basilica and the Sistine Chapel, meant it was up to Giorgio Vasari and Bartolomeo Ammanati to complete it.

The other chapel, Cappella dei Principi ("Chapel of the Princes") came centuries after the Sagrestia Nuova’s mid-16th century completion and was not actually finished until the 20th century. Befitting its royal title, this chapel is larger than its predecessor. Dukes in the Medici lineage were buried here. Its initial design was handled by Matteo Nigetti.

Read next: What to See In Florence, Italy 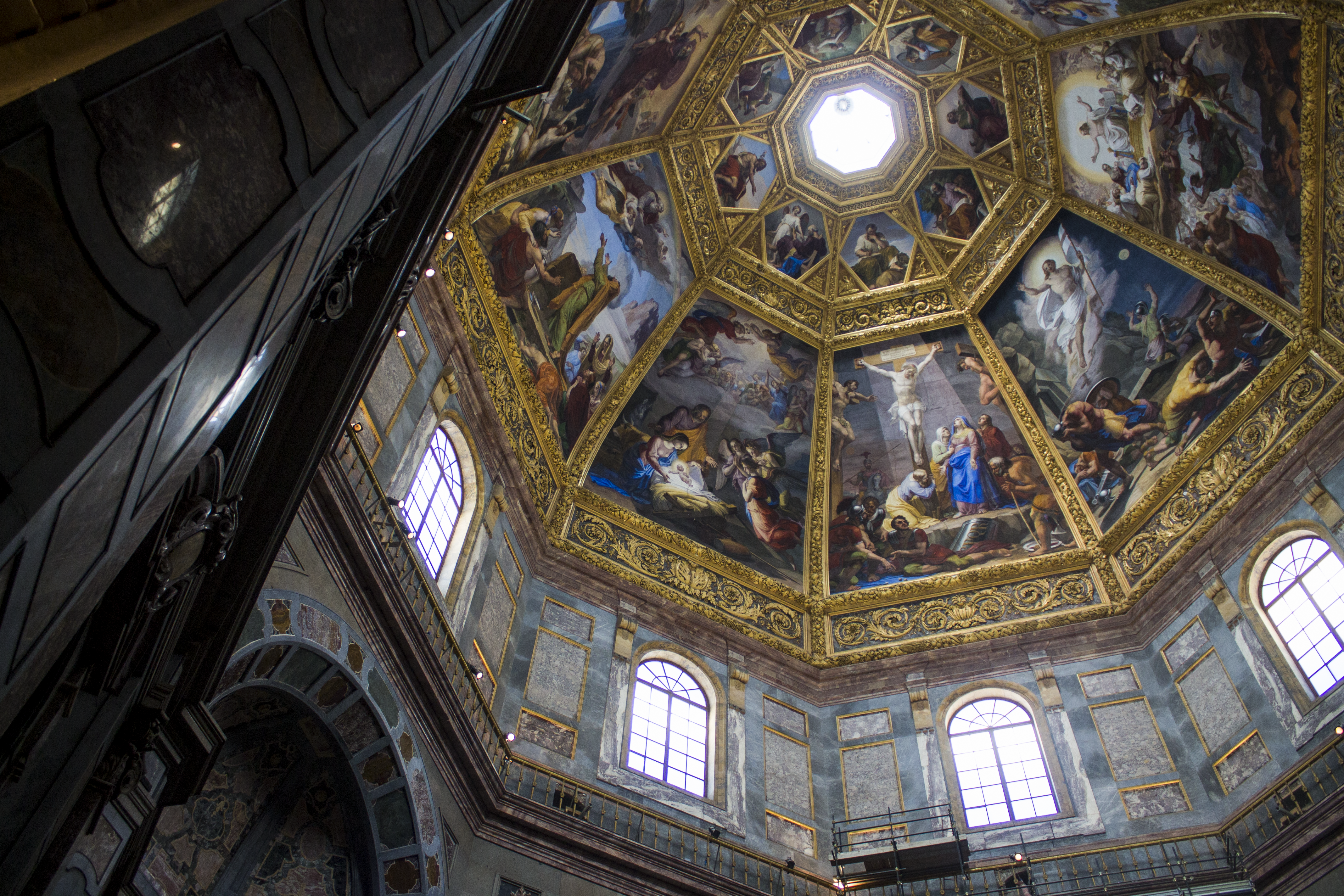 Though the Medicis themselves don’t have the influence they once did on Italy, their chapels certainly do. Beyond the history, so many tourists are drawn to the Medici Chapels because of how much is going on with them design-wise. Walking towards the city center from Florence's Santa Maria Novella train station, you're bound to see this silo-shaped building snaking up to the left, almost like a miniature version of the duomo The chapel reflects meticulous craft and attention to detail, with an intriguing architectural style that has maintained its relevance and beauty through the centuries. 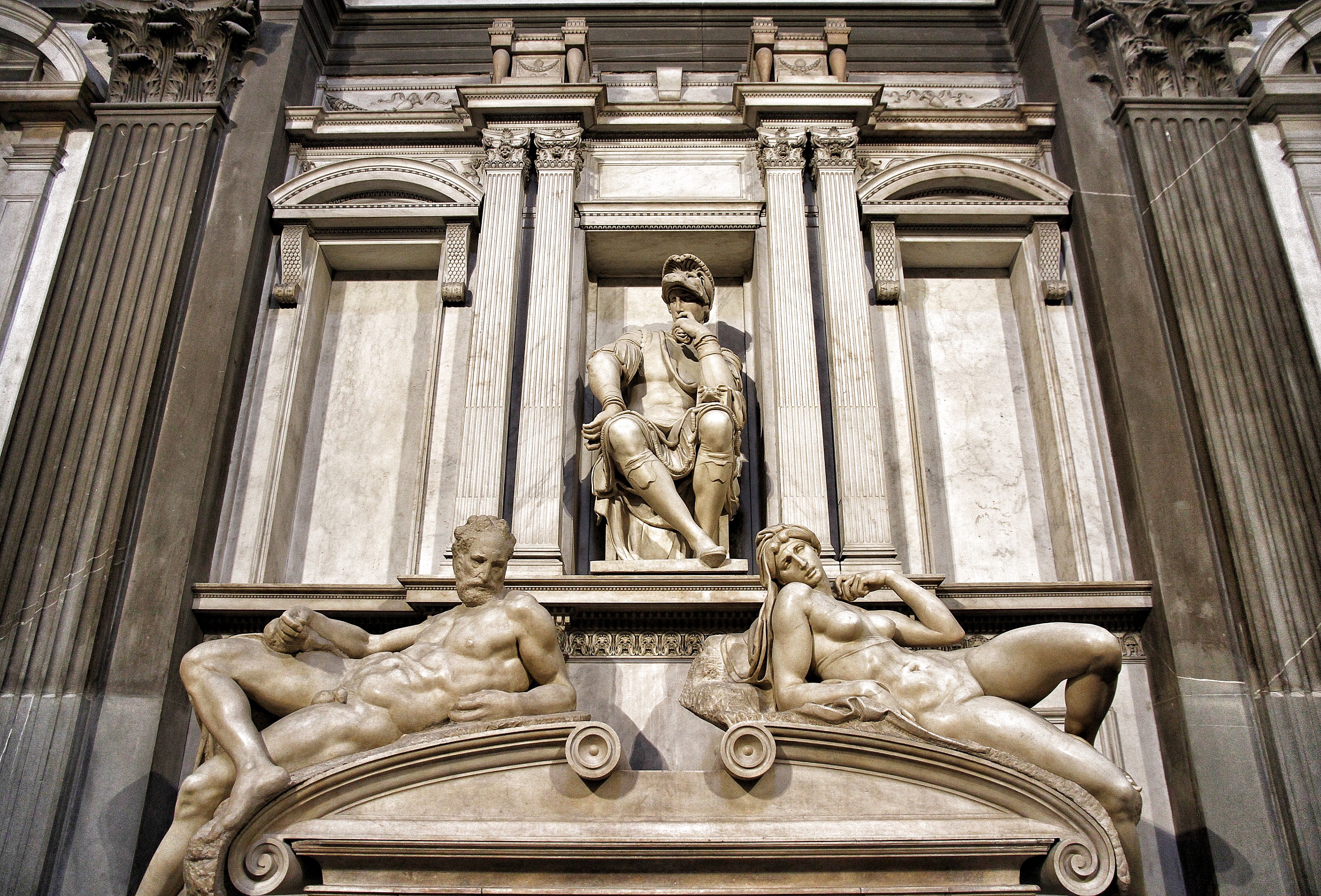 Read next: Day Trips From Florence

The Sagrestia Nuova is stunning in many respects. However, what really sets it apart is its statues, designed by Michelangelo and students of his. These include two statues of Medici family members: Lorenzo, the Duke of Urbino; Giuliano, the Duke of Nemours, one of the Madonna and Child, as well as four statues representing the different times of day: Day, Night, Dawn, and Dusk, all contributed by Michelangelo. His students, Montorsoli and Baccio da Montelupo, offered ones depicting the saints Cosma and Damian, which were displayed with the Madonna and Child sculpture.

Also included at the Sagrestia Nuova is an amazing marble lantern, made even more so by the orb that sits atop it, and the cross atop the orb. This gives the chapel a feeling of such great emotional power, both for the faithful and otherwise.

The Cappella dei Principi has also more than found its place as an essential part of San Lorenzo and Florence. It has a majestic dome that steals the spotlight from the rest of the complex, making for an utterly transfixing architectural wonder. Upon entrance, visitors can see the gorgeous marble design and the captivating sarcophagi of the Dukes buried here. The time spent on this chapel and its predecessor was worth it so much for helping to keep the Medici name alive and to ensure a continued observance of the power of influence on cities, countries, and beyond.

Make sure to stop by the Medici Chapel next time you're in the Renaissance city in order to glimpse the grandeur of the family who's influence will reign over Florence forever.

Read next: Duomo of Florence: Everything You Need to Know

Brody Kenny is a writer from Cincinnati, Ohio.