Among Venetians, the campanile in Piazza San Marco in Venice is fondly known as el paron de casa, a local expression for landlord. Standing at 98.6 meters tall (323.5 feet), it’s the tallest building in the city and one the tallest bell towers in the country. A wind indicator, in the shape of a massive gilded statue of the Archangel Gabriel, sits at the tip of the tower and adds those few meters to exceed 100. 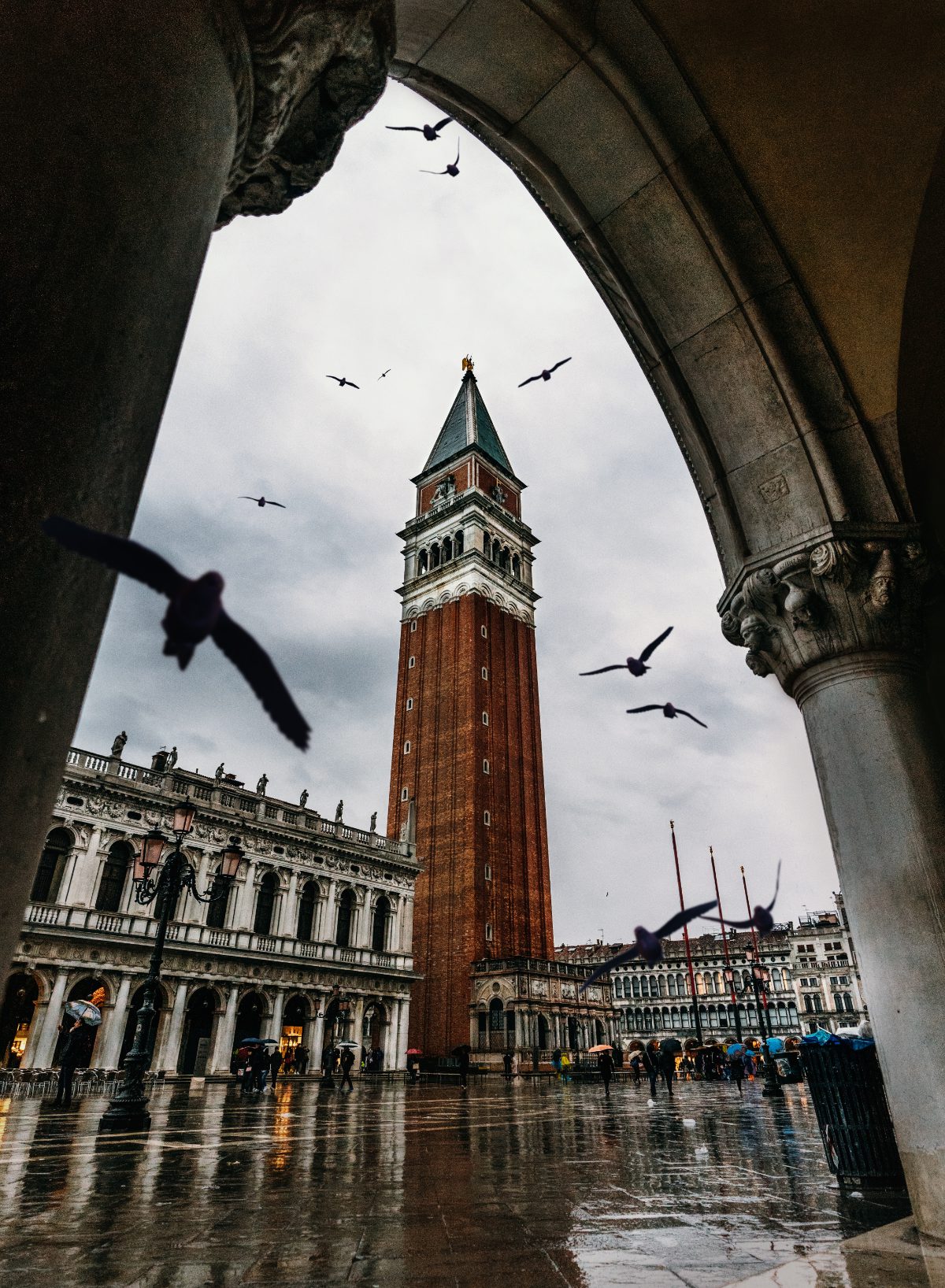 An exact copy, including the Piazza, exists in Las Vegas while the Metropolitan Life Insurance Company Tower in New York, the Sather Tower on the campus of the University of California, Berkeley, and the Daniels & Fisher Tower in Denver are inspired by the campanile. 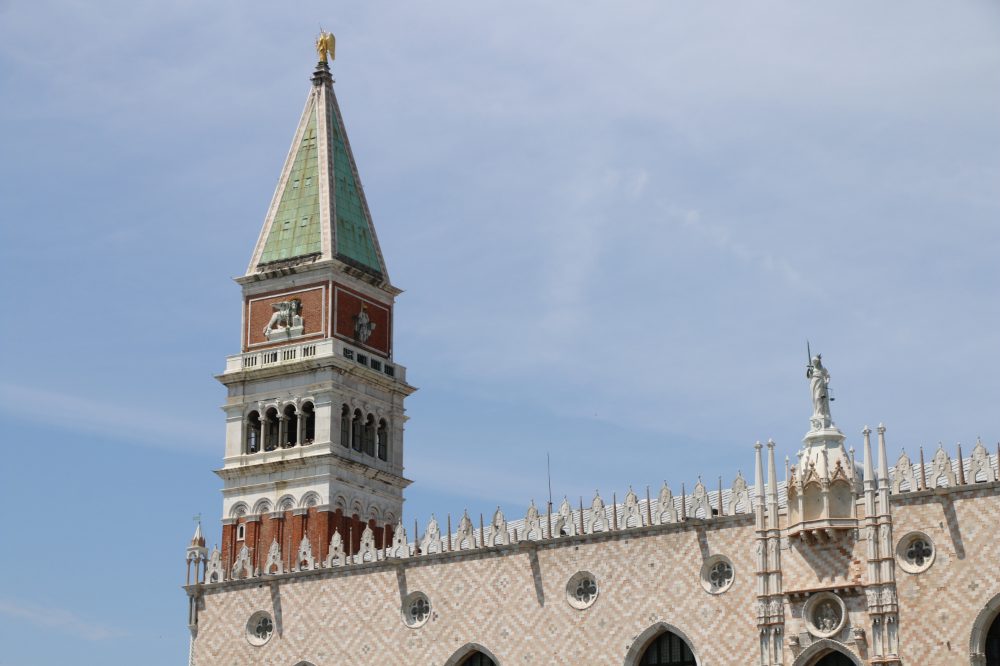 During its lifetime, the tower was hit several times by bolts of lightning, causing serious damage and, in one instance, casualties from the falling debris, before a lightning rod was finally installed. After thoughtless works in 1902, a fissure opened and the tower collapsed on 14th July. If you Googled it and saw pictures of the collapsed tower, rest assured they’re fake. Only the small loggia in front of the tower and a part of the library of St. Mark were ruined and there were no casualties except for the poor janitor’s cat. The reconstruction works, carried out following the then mayor’s words “Like it was, where it was”, were completed eight years later and the brand new tower was inaugurated on St. Mark’s Day, 25th April 1912.

An elevator takes you just shy of the top for an unforgettable view. From April to November you can buy tickets online (and skip the line) or the whole year round at the ticket booth (full price €13, kids 6-18 €9, younger kids go free only if held in an adult’s arms in the elevator). 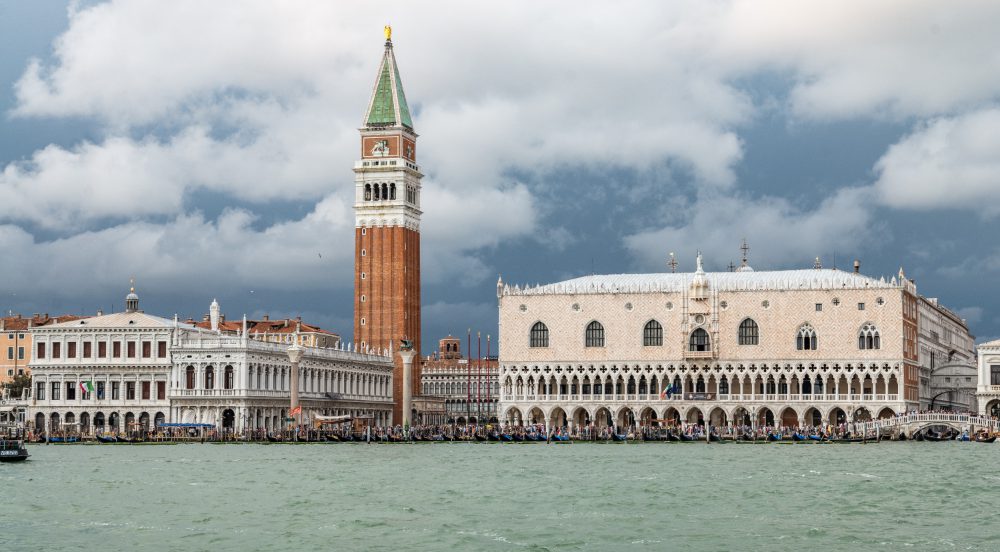 Walking and panoramic city viewing can be quite thirsty work, and we recommend rewarding yourself afterwards with some local wine in an ostaria. Be sure to ask for an ombra de vin. It literally means “a shade of wine”, an expression coming from “let’s have a glass of wine in the shade of the bell tower”, from the days when there used to be small stores selling cask wine around the bottom of the campanile.