The Story Of LivTours & The Future Of Travel And Tourism

As travel restrictions in Italy continue to lift, we’re bringing you stories about the future of travel and tourism from people in the travel business that found creative ways to serve customers during the Italy travel ban. One of those is our partner LivTours, a boutique tour agency based in Rome. Not only do they provide unique experiences in and around Prontopia’s key cities of Rome, Venice, Florence, Naples and Barcelona, but they also generously donated virtual tours as part of our weekly giveaway for Prontopia’s crowdfunding campaign to expand to New York!

Read on to learn how you can take a virtual tour now and plan a walking tour when Italy’s travel restrictions are completely lifted. As always, Prontopia’s local assistants can help you find your tour and get you there on time! 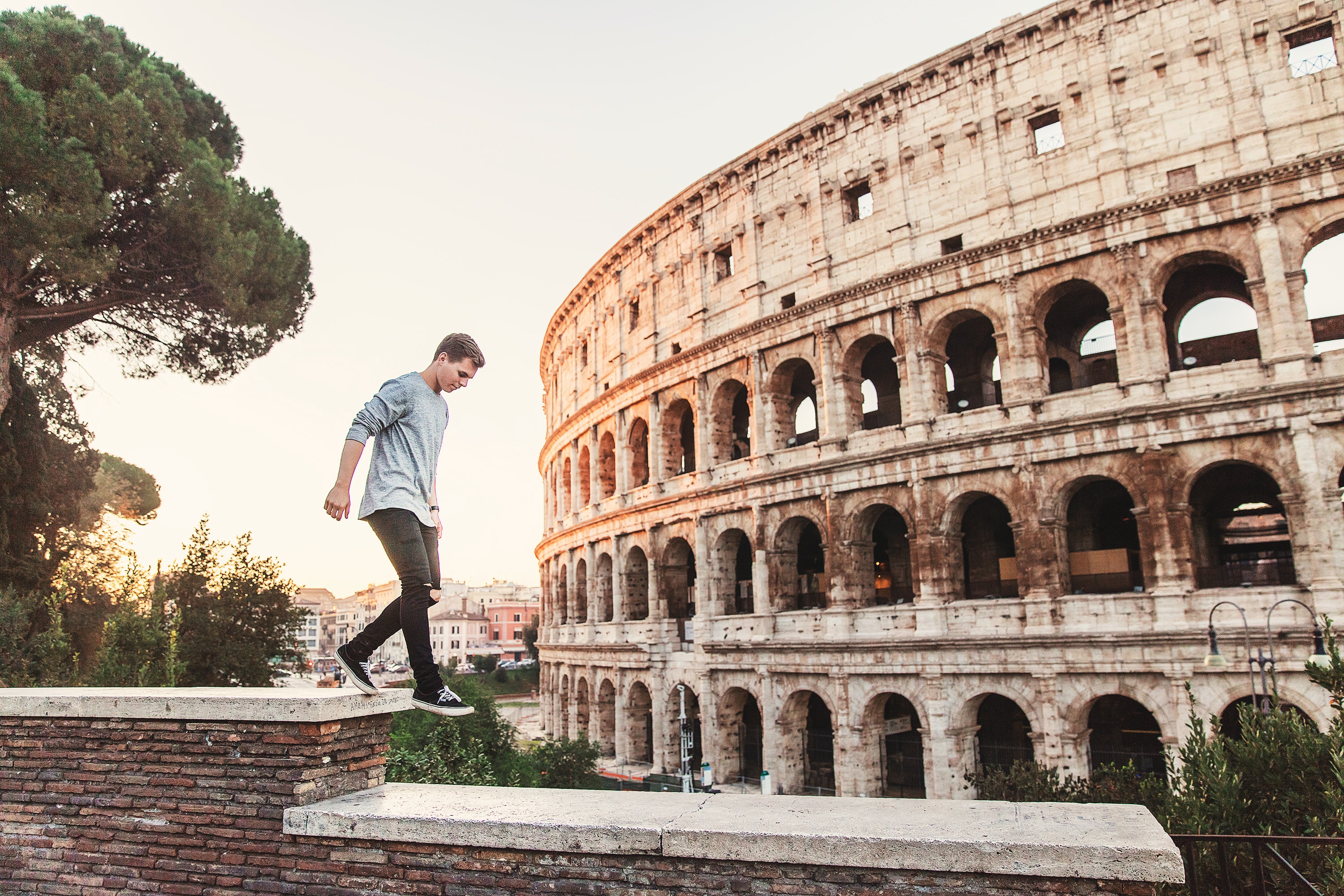 From an underground tour of the dungeons beneath Rome’s Colosseum to a tapas and flamenco experience in Barcelona, Angelo Carotenuto, co-founder of the Rome-based tour company LivTours, knows a thing or two about making an item on a tourist’s checklist into an unforgettable memory.

His personal favorite tour that they offer? A private tour by night of St. Mark's Basilica in Venice, where the golden mosaic walls of the church are illuminated exclusively for the lucky travelers in the tour group.

The competitive advantage of LivTours is undoubtedly the intimacy of each tour coupled with small group sizes. Although most tour companies cater to large groups of 25 or more, Carotenuto was adamant about limiting group sizes to six people in order to make the tour feel family-oriented and personalized.

“You really get goosebumps from the experience, “ Carotenuto said. “We were able to eliminate many things, from saying goodbye to bad headphones to being all crammed together. We were able to keep a very sustainable side to things.”

Read next: Destination Weddings in Italy Post Covid19: An Inside Perspective

A Rome native, Carotenuto went to university in California and claims he fell into the tour guide industry by accident. While studying theatre and music in college, he came back to Rome for a production of “The Magic Flute” with his American classmates. When his classmates fell in love with the country and dedicated not to cash in on their return tickets, he went back to school and many of his friends became tour guides. Carotenuto came back to visit them in the summer of 2005 and ended up following their lead, taking up a role as a summer tour guide himself. The next year, it became a full-time job, and four years later it became what is now LivTours. 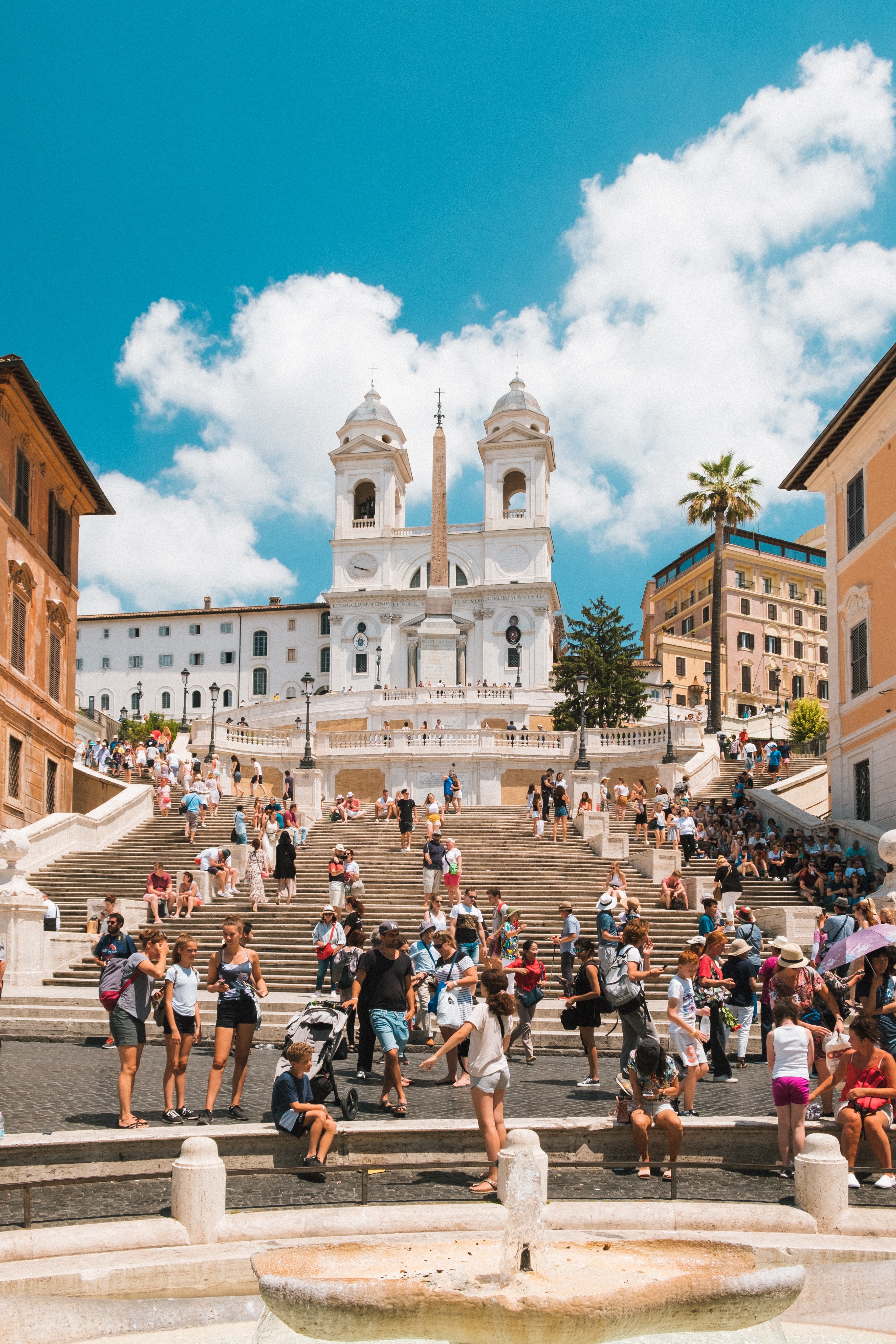 Carotenuto started to see an opportunity to appeal to a group of people he calls “the dreamers.” This group fantasizes about living out all of the beloved stereotypes that become popularized by the media such as driving a Ferrari up the coast or taking a handmade pasta class. He started creating tours that would help “the dreamers” live out their Italian dreams.

“The idea was to create a one-stop-shop vacation portal where they could design their vacations à la carte,” Carotenuto said.

At first, the tours were only available in Italy, but after a plethora of customers asked him if they were available in other popular vacation destinations, Carotenuto began to warm up to the idea of expansion. While on vacation with his wife and business partner, Kristin, they decided to extend the business beyond Italian borders.

“One day we took a little romantic getaway to Spain, and I thought, ‘if there’s one city we should be in, it’s Barcelona,’” Carotenuto said. “A year later we started developing.”

LivTours is now present in cities all throughout Italy as well as Barcelona and Paris, with plans to launch in London as well. However, the London plans were delayed when the pandemic broke out early this year, turning the travel industry on its head.

During Phase 1 of the lockdown, Carotenuto decided that he wanted to experiment with a way to support his tour guides and raise morale. He created a series called LivTalks which he described as a mixture between a TEDTalk and a late night talk show. Tour guides could choose any topic that excited them, from “The Life of A Dancer At The Moulin Rouge” to “Why Did Pompeii Die in Three Hours?” and talk about it for 30 minutes with Carotenuto himself chiming in to spark a discussion.

“I thought, ‘the audience will watch us converse and get really deep in conversation, maybe even laugh or cry because they’re so passionate about it,’” he said. “It was different. It was very successful.”

For Phase 2, LivTours had their tour guides lead virtual tourists around their enchanting, empty cities with a selfie stick, giving tours that highlighted the beauty of each location without any tourists.

It’s no surprise that Carotenuto was able to pull something fresh and entertaining together so quickly. He listed the product development aspect of innovating and designing new experiences as his favorite part of his job. Combine that with the fact that he originally studied theatre and music (he’s a classically trained opera singer) and you’ve got a surefire recipe for success: passion and entertainment.

Although his business along with the rest of the travel industry took a big hit this year, Carotenuto is optimistic about the changes that are coming.

“I think in general the travel industry will be different. I think overtourism will take a halt,” he said. “People had a realization while they were staying at home that caused them to see their own home destinations with new eyes. I think when they travel they’ll want to see places in the same way.”

And maybe that’s the beautiful part of having to stay indoors for so long. When you come back outside, you see everything with fresh eyes, new appreciation, and a desire to linger a little more in each place you have the pleasure to pass through.

Photos by Joshua Earle and Ilnur Kalimullin on Unsplash