Let Prontopia Deliver from the Local Stores You Love.

Learn More
We Shop At:

An Inside Look at Prontopia City Services in Santa Barbara

For most people who glimpsed her in the check out line, Ava Jakubowski was simply a shopper like any other, properly masked, waiting to purchase some cat food. However, this errand had a much deeper meaning.

Jakubowski is a Prontopia Local Assistant, running an errand for a resident in need. The woman who requested Jakubowski’s services had been nervous about leaving her home to restock during the “Shelter in place” orders in Santa Barbara, California. She was starting to think she would have to make her own concoction using what was in her pantry to feed her four-legged friend when she heard about Prontopia and decided to try it out.

When Jakubowski delivered the cat food the woman had requested, after several back and forth messages during the errand to confirm it was the correct type, she was overcome with emotion and gratitude for the help. A reaction which Jakubowski said was quite common when she dropped off groceries on a resident’s doorstep.

If you or someone you know could use extra help with errands or groceries in Santa Barbara, book a Prontopia Local Assistant today and get all your boxes checked stress-free. 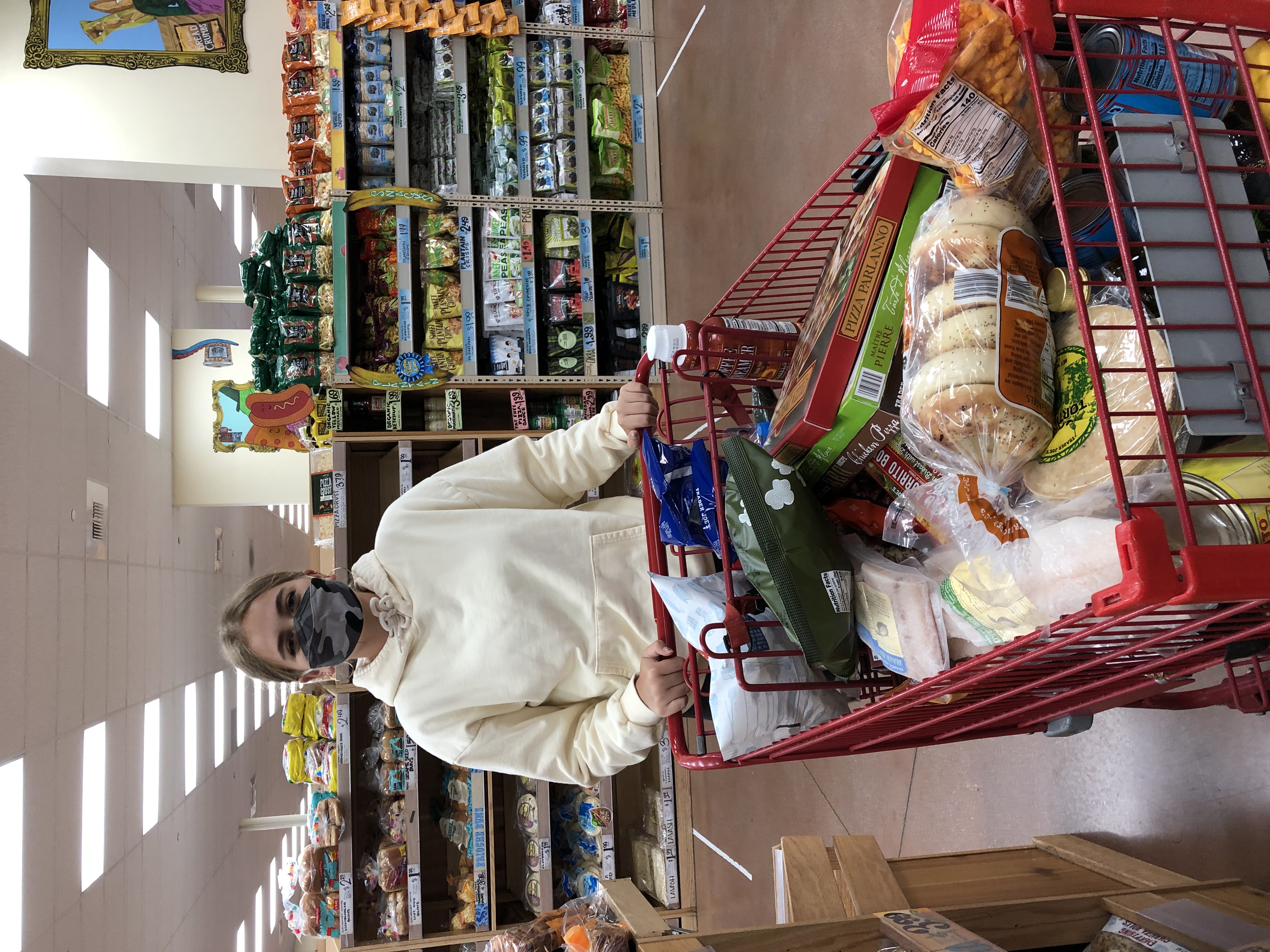 Today in Santa Barbara, more and more businesses are being allowed to reopen after months of being closed; however, that doesn’t mean that the reality of COVID-19 has dissipated. Prontopia Local Assistants continue to step in to lend a helping hand to Santa Barbara residents who have illnesses, weakened immune systems, or simply don’t feel comfortable going out.

Jakubowski began working for Prontopia a few months ago as her university semester came to an early close. At first, she was the only Prontopia Local Assistant in Santa Barbara, and would often have two or three connections per day, which typically lasted from two to four hours each time. Typically, she waited in line for around an hour to get inside and often spent extra time sending residents photos of substitute products when the inventory was low, even emailing some of them who were less tech savvy. She studied for her finals between shifts. She was busy, but it was worth it.

“I personally just really enjoy doing it,” Jakubowski said. “Helping your community thrive and getting paid for it; what could be better than that?” 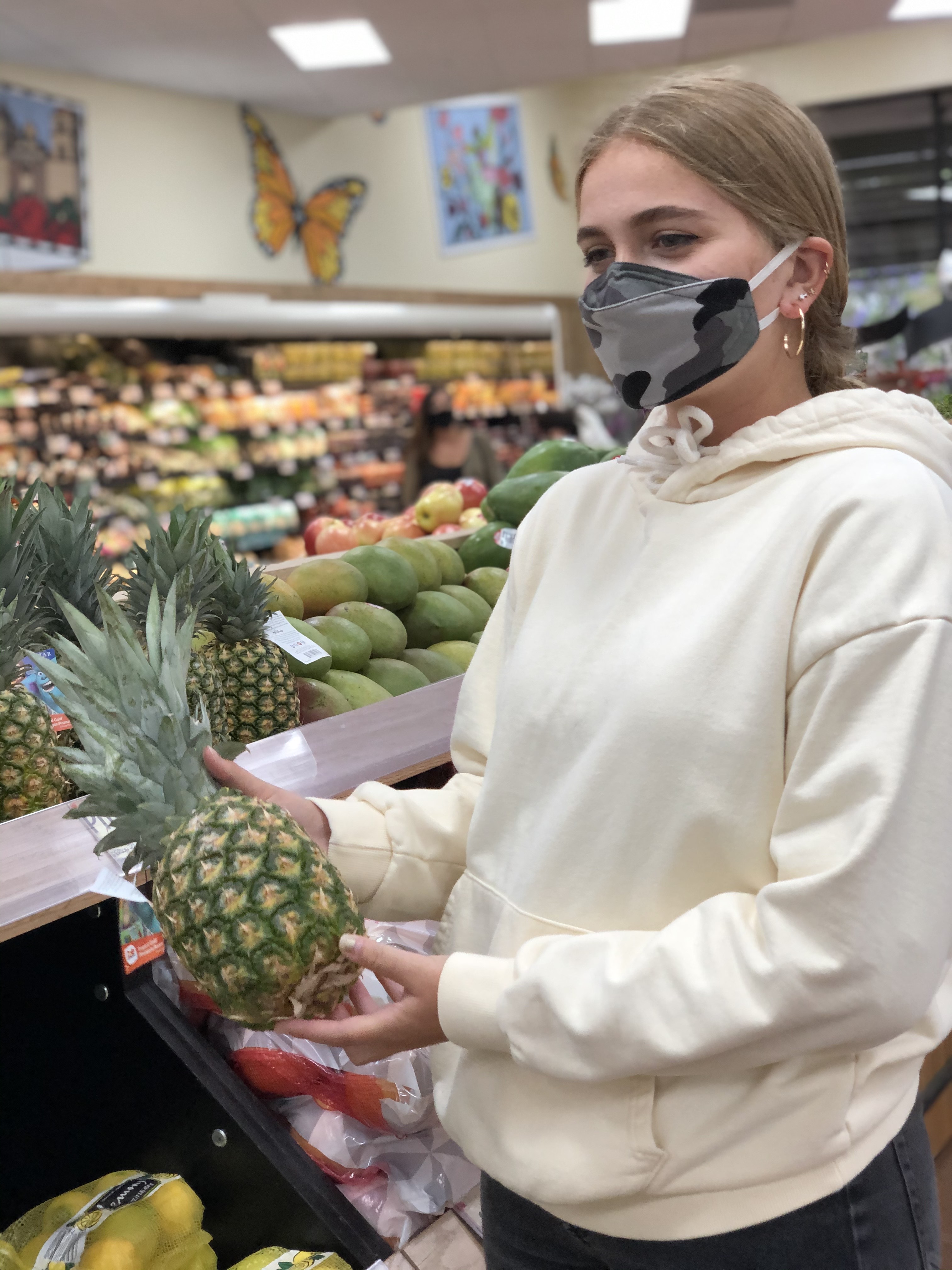 Now there are 12 Prontopia Local Assistants in the area, allowing for more flexibility for Jakubowski and greater services to the community. When a request comes in, the Prontopians can accept on a first-come, first-serve basis depending on who is free for the errand in question. They send a message to the resident, confirming receipt and ensuring their specific asks and requests are understood. Unlike other food or Santa Barbara grocery delivery services, Prontopians are not limited by which stores they can purchase from, they are running errands just like you would. Sometimes this means going to multiple stores, looking for specific brands, picking up a prescription or a package, or going the extra mile to get the right brand of cat food.

Although the service was created in order to fulfill residents’ practical needs, it’s about much more than simply helping with errands.

Jakubowski says she often spends ten minutes or so chatting with the residents who have requested her help. When California’s “Shelter in place” measure was in full swing, she felt many of them needed to talk about their day, chat a bit about life, and take a moment to truly connect with another human being.

“Even if it’s as simple as having a ten minute conversation with them, it’s ten minutes of my day that I feel make a difference,” Jakubowski said.

Even though she’s now one of 12 assistants in Santa Barbara, Jakubowski has some “regular” residents that specifically request her services. Some of them kindly put their lists in order based on how the store is laid out for her. There’s even one woman who hopes she can one day make Jakubowski a special stew she’s been requesting ingredients for.

At the end of the day, lending a helping hand is never just about delivering all of the right ingredients for stew or getting the right brand of cat food.