Simply walking through the city of Florence is much like visiting an outdoor museum. From the architectural wonder of the Ponte Vecchio to the dynamic statues in the loggia in front of Palazzo Vecchio, the Renaissance city seems to host artworks at every turn. However, there is one place where a great deal of the masterpieces come together: the Uffizi Gallery. One of the most prestigious art museums in the world, the Uffizi was commissioned by Cosimo de’ Medici, the first Grand Duke of Tuscany, as the administrative offices of Florence. Over the years, more and more artworks accumulated there, until at last the building became an art museum in 1769.

The vast size of the museum can be overwhelming; therefore, we took it upon ourselves to round up a few of the most important and famous paintings in the gallery. Although the museums of Italy must remain closed until at least May 17, there are still ways to experience the Uffizi’s masterpieces online and of course, to put them on your must-see list when travel returns to normal.

Know anyone in need of help during the pandemic? Prontopia is offering free services to those over 65 as well as those with chronic illnesses. New customers can also get a 20 euro/USD credit when they sign up. 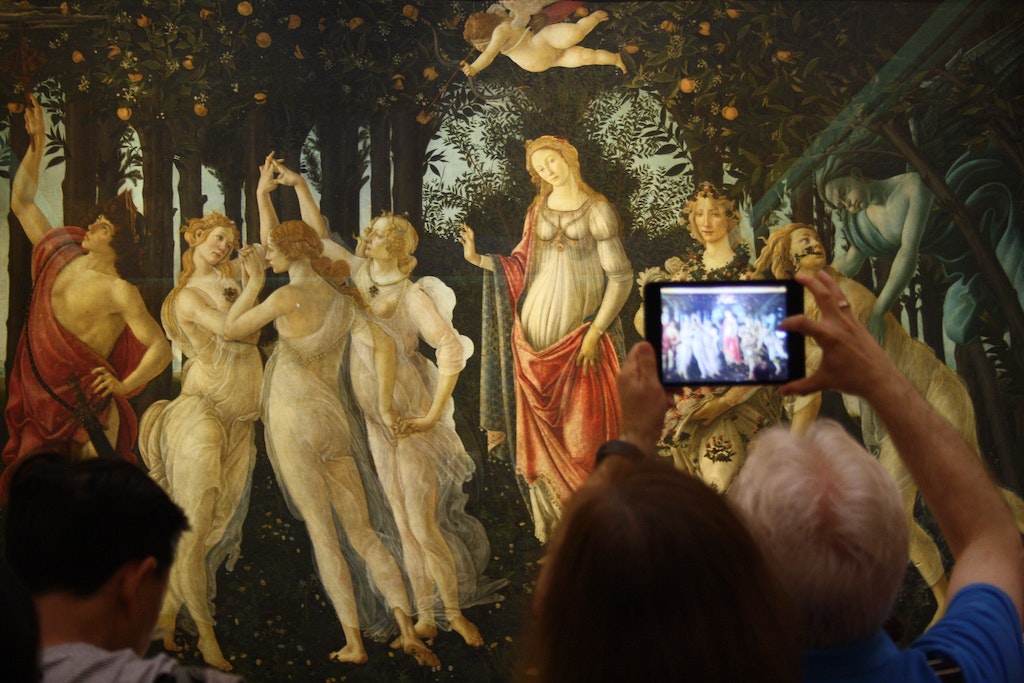 Bewitching for its mythological subject and intricate detail, La Primavera is one of Botticelli’s most famous works. Although the painting is a celebration of love and prosperity, its true meaning and purpose remains a mystery. Botticelli portrays a mythological scene unfolding in a blooming forest and accurately depicted 138 species of plants and vegetation in his work.

The Birth of Venus by Botticelli

Commissioned by the Medici the second great work completed by Boticelli once again explores the theme of mythology. This large canvas depicts the famous image of the nude goddess of Venus as she is blown to shore on a seashell by Zephyrus and Chloris. The goddess of spring waits on the shore to clothe her in a mantle.

A masterpiece from his youth, Annunciation is an ethereal religious scene set in a natural background. If you look closely at the Virgin Mary’s right arm, you’ll see that it’s noticeably too long for her body indicating that Leonardo may have been trying to account for a lateral viewpoint. Who commissioned the painting and where it was originally displayed remain a mystery.

Read next: Museums In Florence: What to Expect 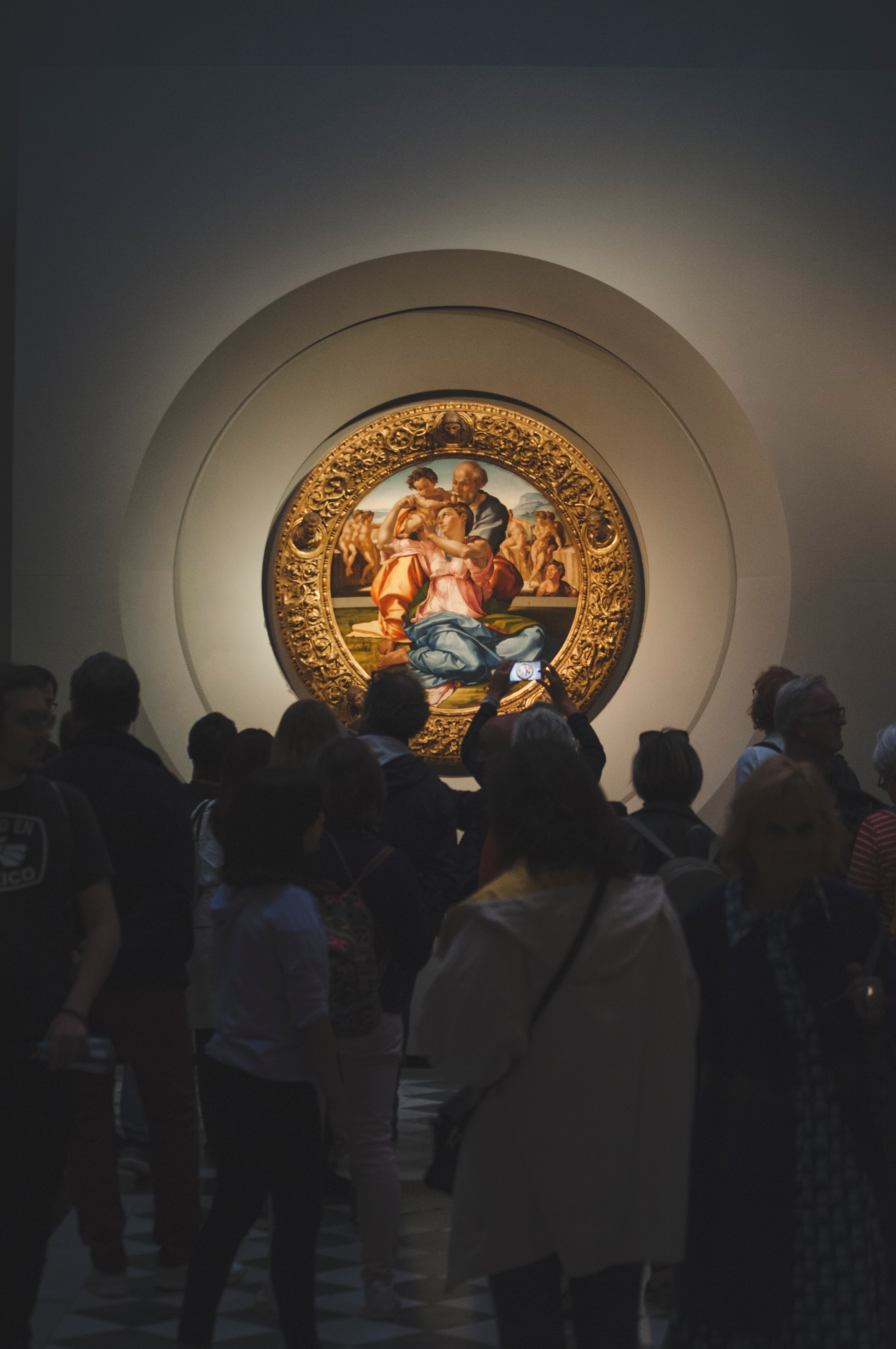 The Holy Family also called Doni Tondo, depicts a religious yet intimate family scene between Mary, Joseph, the Christ child, and John the Baptist. The only completed panel painting by Michelangelo, its unique round shape makes it an important piece in the artist’s career and a testament to his talent in interpreting color, form and texture. It was commissioned for the marriage of a wealthy Florentine merchant and painted in 1504, when Michelangelo, Rafael, and Leonardo were all in Florence at the same time.

Venus of Urbino by Titian

One of Titian’s most sensual works, this painting was a gift from the Duke of Urbino to his young wife. The nude woman represents Venus, the goddess of love, and contains a host of symbols that allude to the marital obligations of the perfect Renaissance wife.

Caravaggio managed to portray all of the horror and shock of Medusa’s beheading without including any context. Painted on a circular canvas that imitates a shield, the image of Medusa’s decapitated head is characterized by the writhing serpents that made up her hair and a look that will haunt you for the rest of your gallery visit.

Photos by Dim 7 and Yuliya Kosolapova on Unsplash