LISTEN TO THE MUSIC WHERE IT WAS COMPOSED

Are you looking to experience music, culture, and history all in one place during your trip to Venice, Italy? You may want to add Vivaldi Church, or Santa Maria Della Pieta’ to your list!

The History of Vivaldi Church and Vivaldi’s Music

Vivaldi began studying at the age of 15 and was ordained in 1703. Vivaldi was known locally as “il Prete Rosso” meaning “the Red Priest” due to his ginger hair. At the age of 25, Vivaldi was named master of violin at the Ospedale della Pietà (Devout Hospital of Mercy) in Venice. He composed most of his major works in this position over three decades. The Ospedale educated orphaned students; the boys learned trades and the girls learned music. The most talented musicians joined an orchestra that played Vivaldi’s compositions, including his religious choral music. 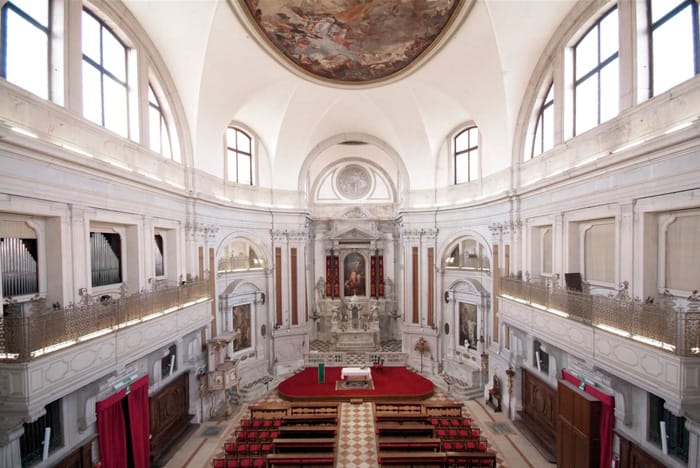 The architect Giorgio Massari used Vivaldi’s recommendations to design the church’s interior to enhance the acoustic quality of the musical performance. As a result, the building seems more like a grand concert hall than a church. In the ceiling of the main entrance, there is a fresco by G.P. Tiepolo depicting strength and peace.

In this fresco, Tiepolo depicted a triumphant Virgin during coronation, surrounded by angels entranced by music. All the frescos were shortened, due to the height of the church.

Over 180 concerts take place per year at Santa Maria della Pietà (better known as Vivaldi’s Church). Almost every night, the talented musicians of I Virtuosi Italiani execute The Four Seasons of Vivaldi, as well as the works of other composers, like Mozart, Schubert, Bach, Astor Piazzolla (who also composed The Four Seasons taking inspiration from Vivaldi). 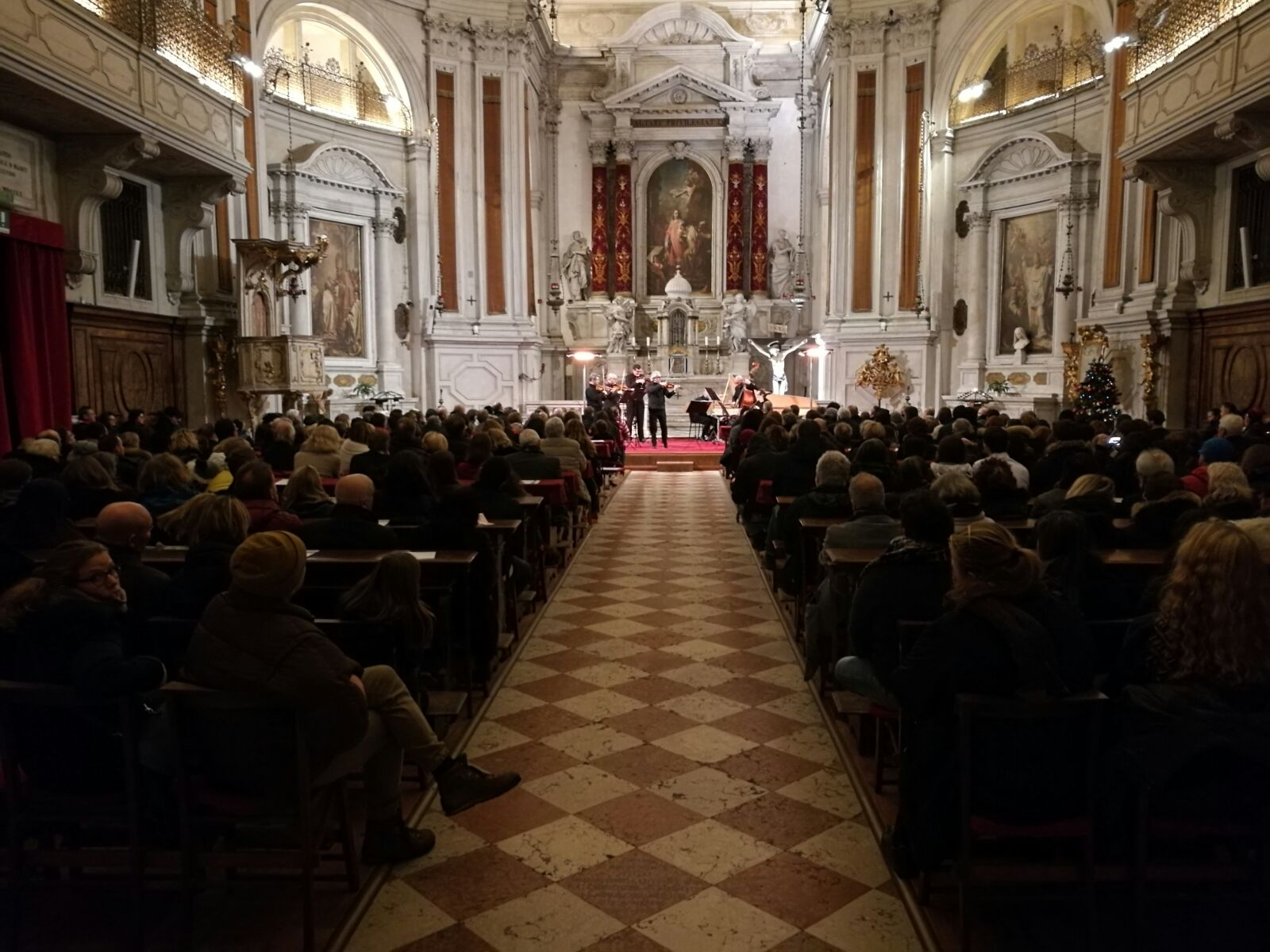 Being inside this this beautiful church while listening to Vivaldi’s music will make your Venetian night unique and unforgettable.