Florence is a small town, yet one with a rich cultural heritage. If you’re unsure of what you should visit upon your trip, check out our top 10 attractions in Florence.

Book in-person help from a Prontopia local assistant to get more tips on the city! 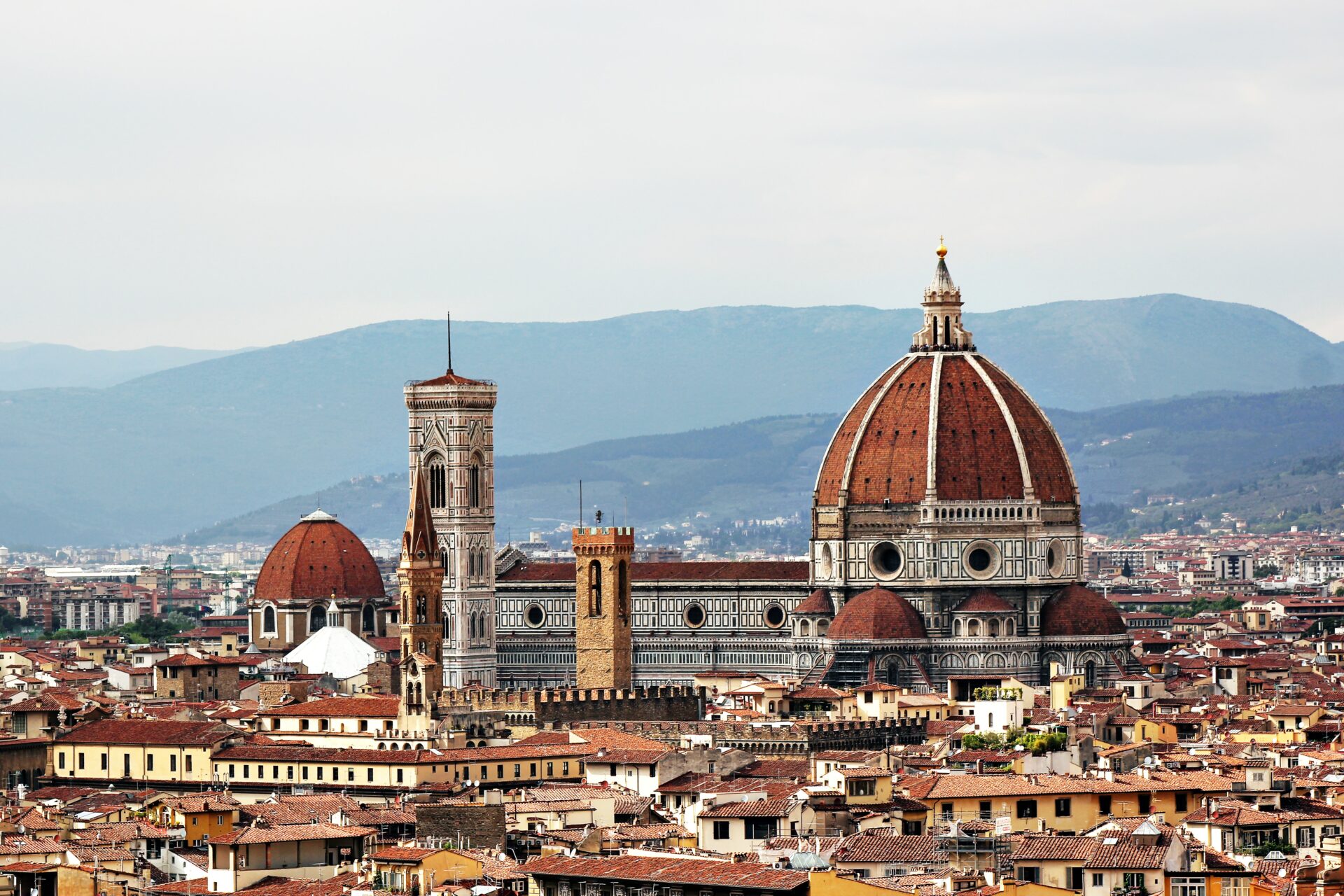 This is absolute n° 1 of all top-10 attractions in Florence. Santa Maria del Fiore Cathedral is Florence’s main landmark. It encapsulates the city’s spirit with its mix of Renaissance, Romanesque and Gothic style. You can visit the cathedral and, if you want a challenge, climb the 463 steps to see the Dome square from the top. 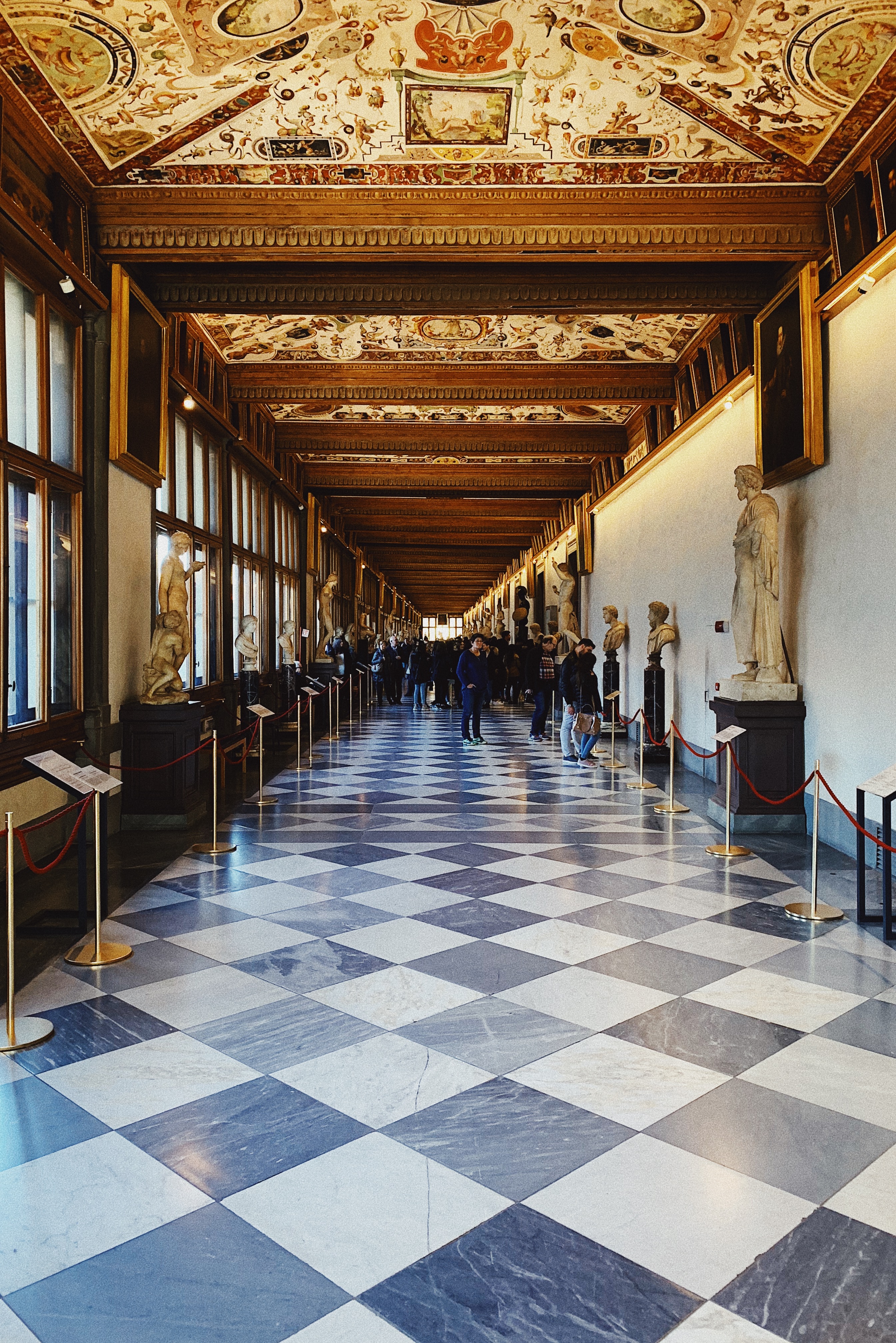 The Uffizi and the Accademia delle Belle Arti are Florence’s richest art corners. The Uffizi contains a huge art collection of mostly Florentine and Italian art, ranging from the Middle Ages to mid-20th century, with masterpieces such as Botticelli’s Birth of Venus and the Primavera, and Michelangelo’s Tondo Doni. The Accademia is known for Michelangelo’s original David, as well as more of his sculptures, and it showcases works by Florentine artists from the 15th to 19th centuries.

The Uffizi Gallery encompass the Galleria delle Statue e delle Pitture (ex Palazzo degli Uffizi), the Corridoio Vasariano and the collections of Palazzo Pitti. These three museums together make up one of the biggest collections in the world. 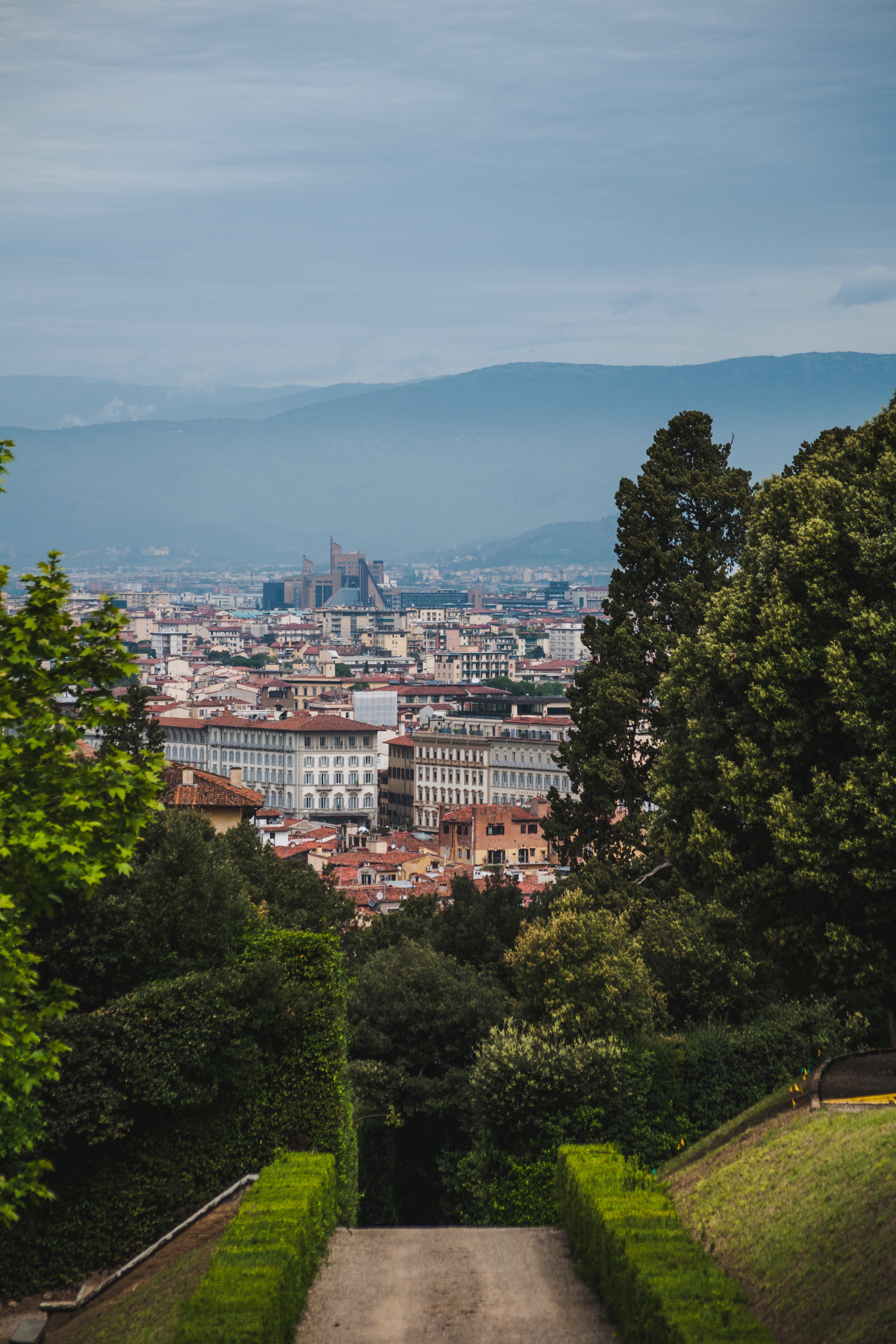 The Pitti Palace belonged to the Medici family and later became the main residence of the ruling families of the Grand Duchy of Tuscany. It was also used as a power base by Napoleon and by King Vittorio Emanuele III in the 20th century.

Today, it’s the biggest Florentine museum complex as it hosts Palatine Gallery, where works by Renaissance artists are displayed and another series of galleries (the royal apartments, modern art gallery, porcelain museum, carriage museum, costume gallery and grand dukes treasury). Since you’re visiting Pitti Palace, it’s worth going for a walk in the Boboli Gardens, an open, lavish park that was created for Eleonora di Toledo, Cosimo I de’ Medici’s wife. You can go see Ammannati’s Fountain of Neptune and the Isolotto, an oval-shaped island in a tree-enclosed pond. 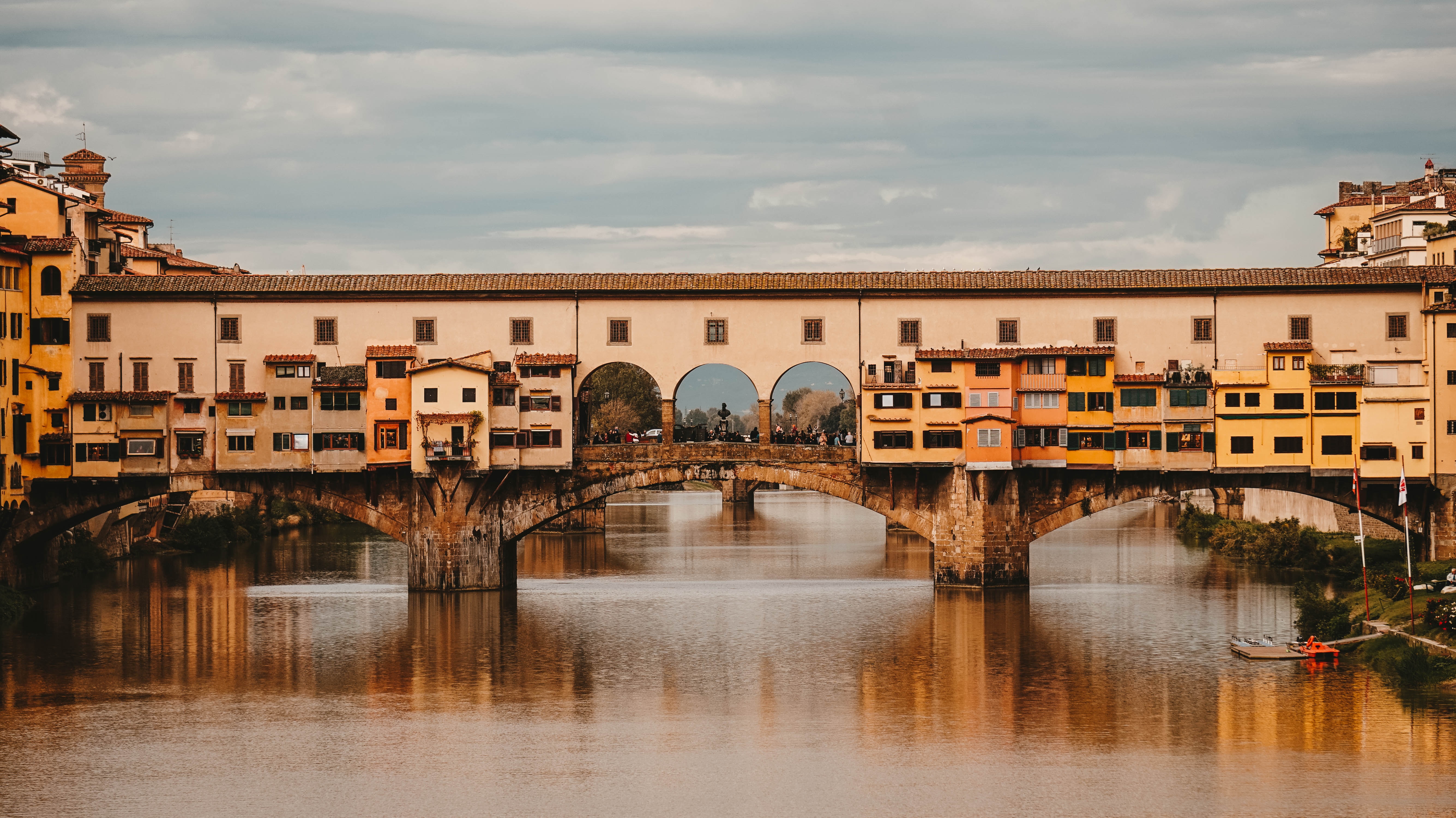 Along with the Duomo, Ponte Vecchio (‘old bridge’) is Florence’s main landmark. Ponte Vecchio is where Florence’s gold market is at, since most tenants are jewelers, while before the 16th century, it used to be occupied by butchers. The bridge is also home to one of Florence’s hidden gems, the Corridoio Vasariano, a hall built by Giorgio Vasari in the century to allow the members of the Medici family to cross the city from Palazzo Vecchio to Palazzo Pitti. Today, you can stroll along Ponte Vecchio and go shopping, take stunning pictures of the Arno river and lock your love in the middle of the bridge.

The Cappelle Medicee are connected to the Basilica of San Lorenzo. They were built in the 16 th and 17th centuries to celebrate and to provide a burial site to the the Medici family. Michelangelo’s Sagrestia Nuova (New Sacristy) hosts the tombs of Lorenzo and Giuliano, while the Cappella dei Principi (Chapel of the Princes) is an octagonal space surmounted by a dome, with impressive walls inlaid with colored marble and stone. While it’s worth visiting Florence’s main cathedrals, such as Santa Croce, Santa Maria Novella, Santi Apostoli, San Lorenzo and more, the Medici Chapels truly offer a different, unique style that cannot be missed.

Via Tornabuoni is Florence’s haute couture corner. This is where Max Mara, Versace, Dolce & Gabbana, Gucci and many other brands are at, as well as Salvatore Ferragamo’s museum and the fashion school Istituto Marangoni. 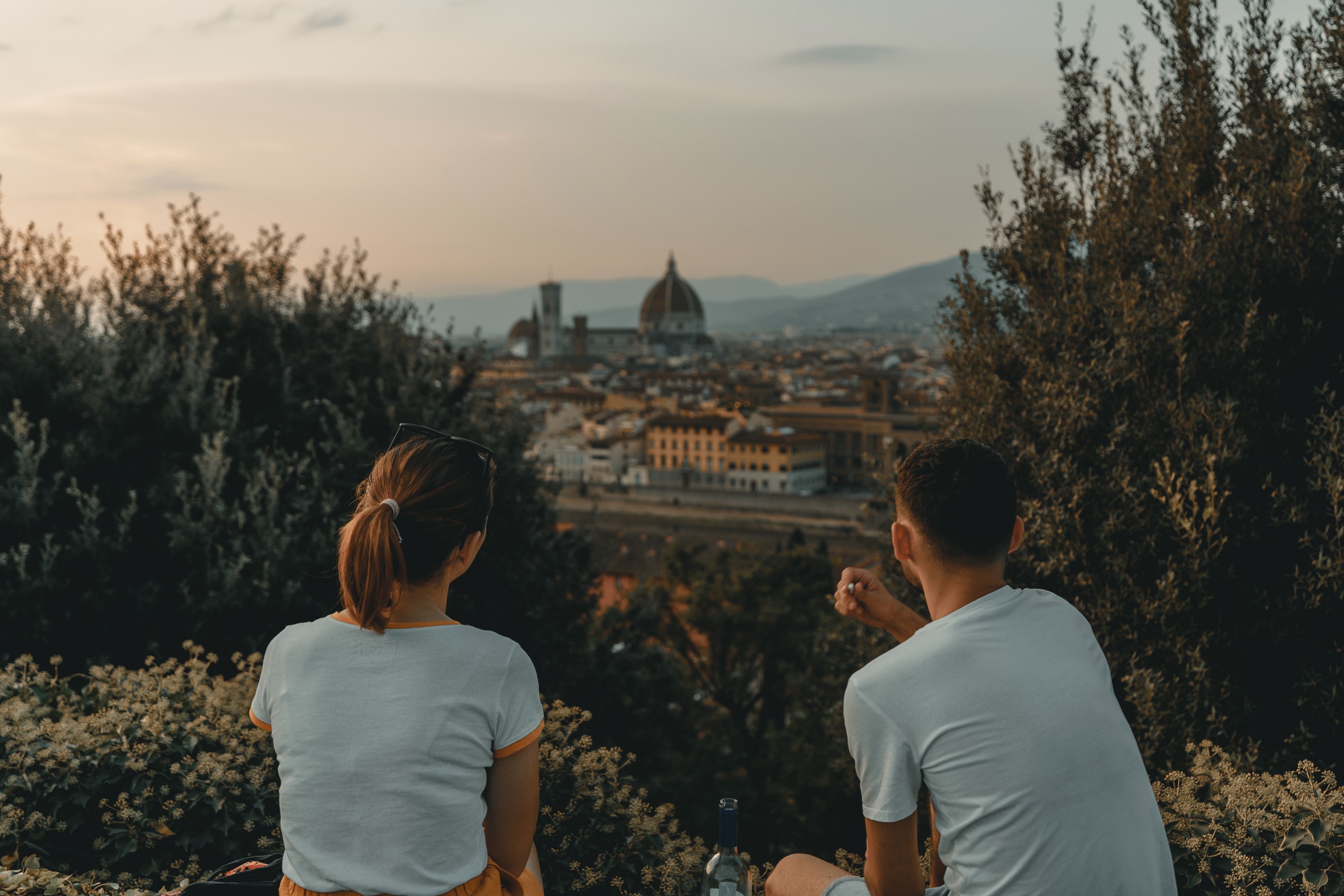 Located in the south bank of the Arno river, Oltrarno is Florence’s off the beaten path area. This is an old-fashioned, charming area hosting the neighbourhoods of San Niccolò, Santo Spirito and San Frediano.

Oltrarno’s attractions range from local farmer’s markets, to quirky cafés and typical Tuscan restaurants, and artisans’ ateliers. Indeed, you might go for a walk and run across an artisan working with their lab door open, chopping wood, making jewels and much more. While you can go for an afternoon walk in San Frediano and stop to have a hot drink, you can have aperitif in San Niccolò and enjoy buzzing nightlife in Santo Spirito. 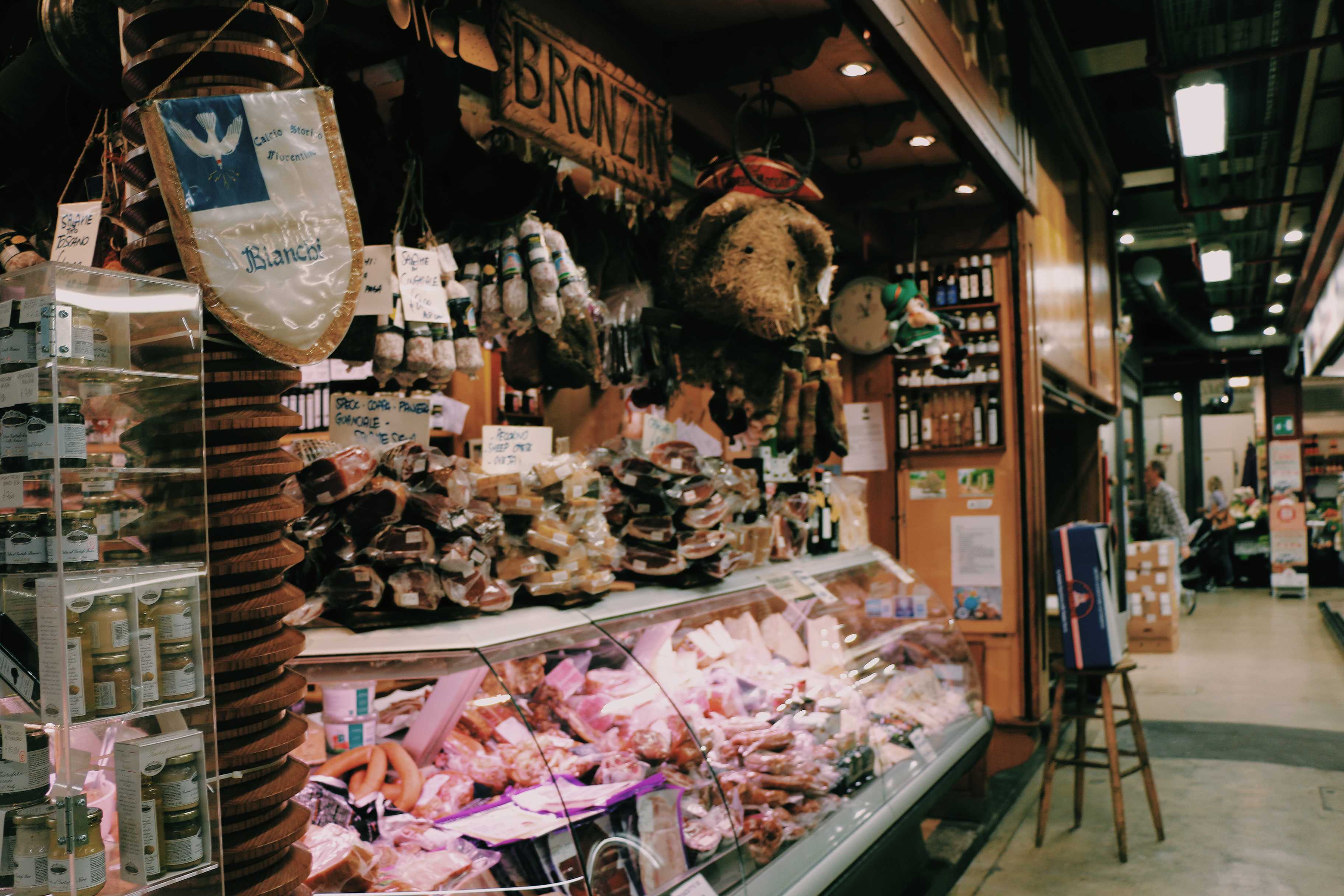 San Lorenzo Market, or Florence’s Central Market, has recently been renovated and has become one of the city’s hot spots.

You can go grocery shopping and pick fresh vegetables and fruit, as well as fresh fish and meat. Go to the first floor and try out some street food from Florence and other regions of Italy. Outside you can have a look at the stands for leather souvenirs home, like clothes and bags, as well as typical souvenirs. 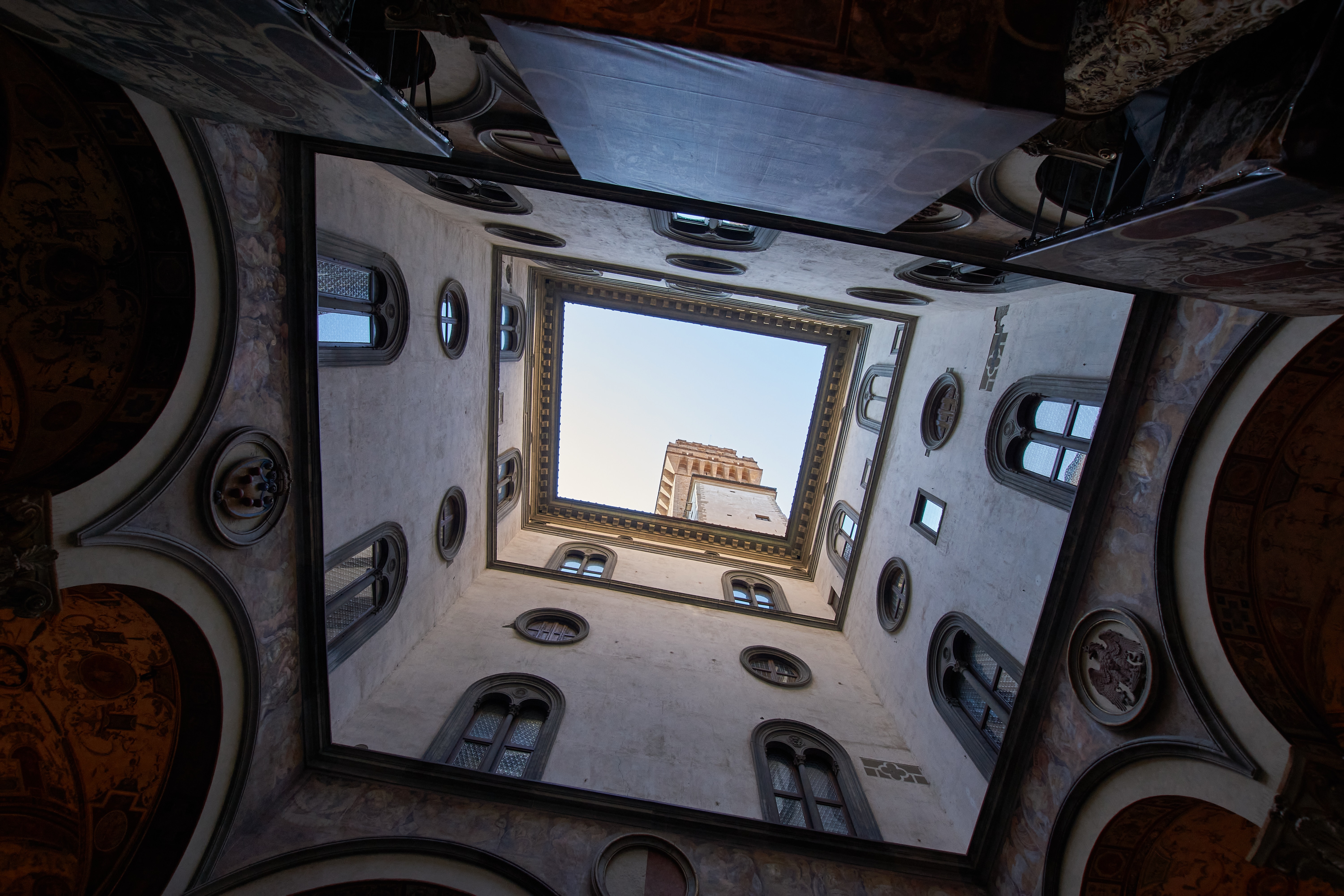 Home to the Medici family for centuries, today Palazzo Vecchio (‘old palace’) is Florence’s Town Hall and Piazza della Signoria’s main landmark, along with the Loggia dei Lanzi and a copy of Michelangelo’s David.

Palazzo Vecchio is characterized by three typical Florentine courtyards in pietra serena stone and a variety of halls, rooms and apartments where artists such as Verrocchio, Donatello and Michelangelo worked. It’s worth visiting the Salone dei Cinquecento, the main chamber, that’s decorated with mannerist frescos of military scenes. 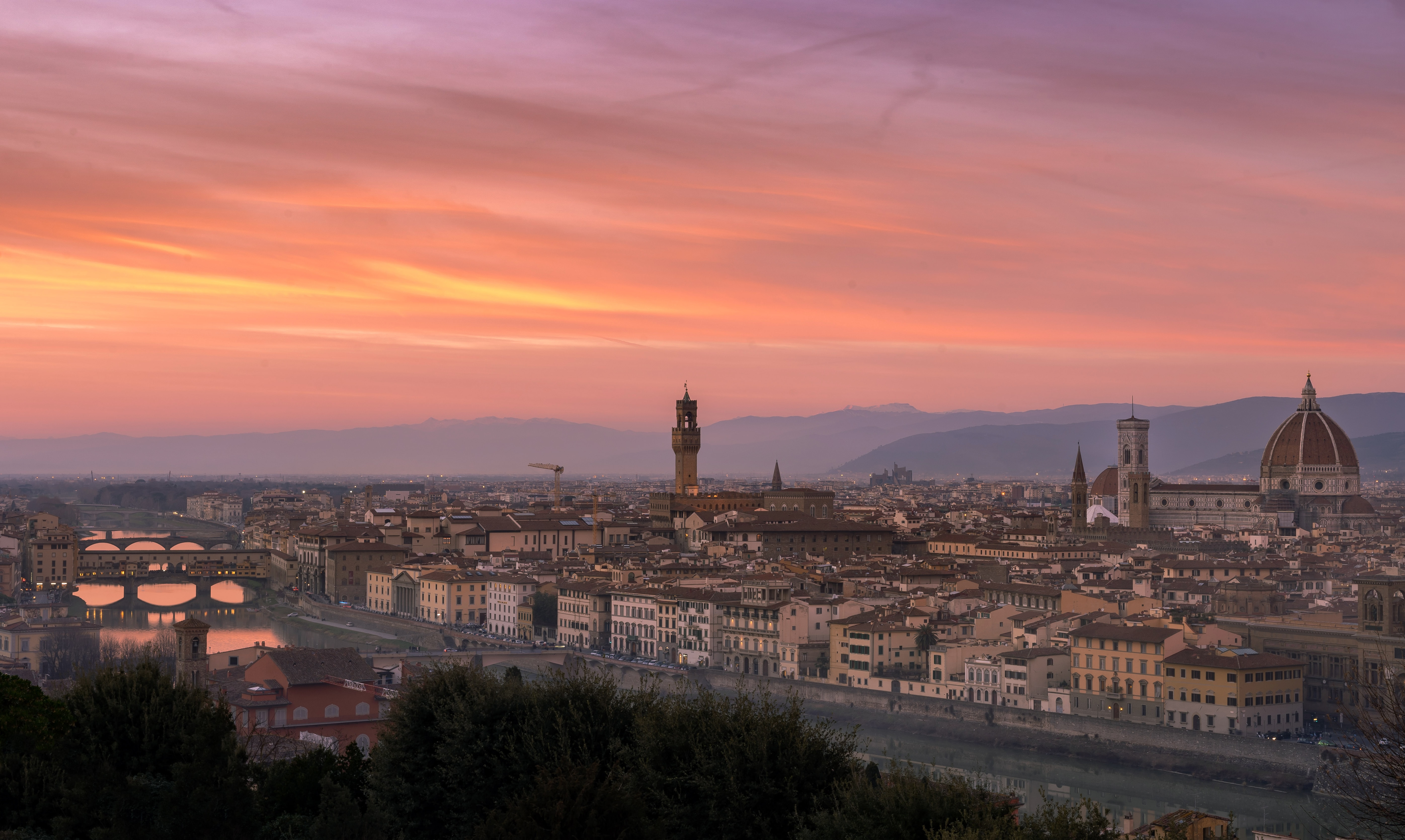 Along with Fiesole, Piazzale Michelangelo is the best spot to view Florence’s skyline. It can be challenging to reach it, as it takes a fair amount of hiking to get there. However, it is well worth walking to the top to gaze over the Arno river, its bridges and the centre’s Renaissance buildings skyline.

If you’re in Florence when it’s warm, you can bring wine and nibbles to have a DIY aperitif. And who knows, you might even come across a street show or meet other fellow travelers – this is a great spot to break the ice and start a conversation!

These are the top 10 attractions in Florence! Do you need help getting around? Book a Prontopia local assistant to get more tips on the city!