One of the most representative places in Venice, the Rialto Fish Market is still a genuine place where the locals go shopping daily.It is closed on Mondays due to the fishing boat crews’ day off. 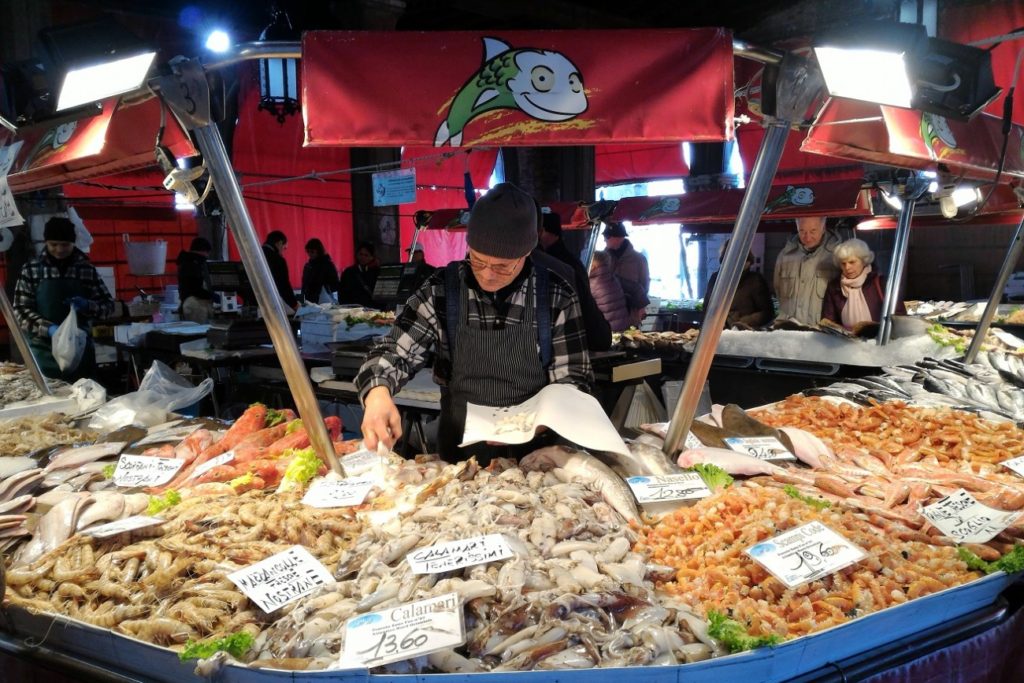 Located nearby the Rialto bridge, along the Grand Canal, it is next to the fruit and vegetable market.The market structure is a neo-gothic porticoed building with large ogival arches and an upper loggia. It was built in 1907 on a design by Domenico Rupolo and Cesare Laurenti. 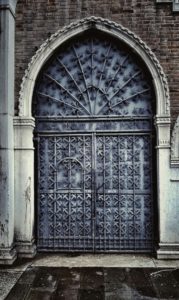 The latter is also the artist responsible for the bronze statue of St Peter on the left corner (image on the right), facing the Grand Canal, while the wrought-iron decoration is the work of Umberto Bellotto (image on the left). 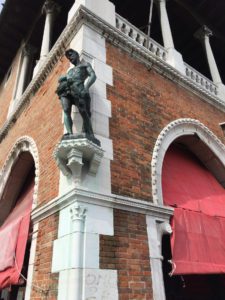 While visiting the Rialto Fish Market, have a look at the capitals of the columns: the central one has four carved heads and indicates the year when the first building was completed (1905).

On one of the side columns, vessels with big baskets are carved: they were called vieri and were used to keep the catch in water.On the other capitals, you will glimpse more sea creatures, like lobsters, crabs, octopuses, scallops, and seahorses (see image below).The rooms behind wrought-iron gates used to house the market authority’s office. 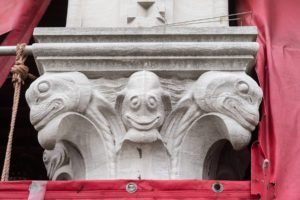 On one of the gates is the Latin maxim “Piscis primum a capite foetet”: the fish stinks from the head.What a properly located reminder for the officials who worked there!

On the side overlooking the Grand Canal, is a plaque reporting the smallest fish length allowed for sale. 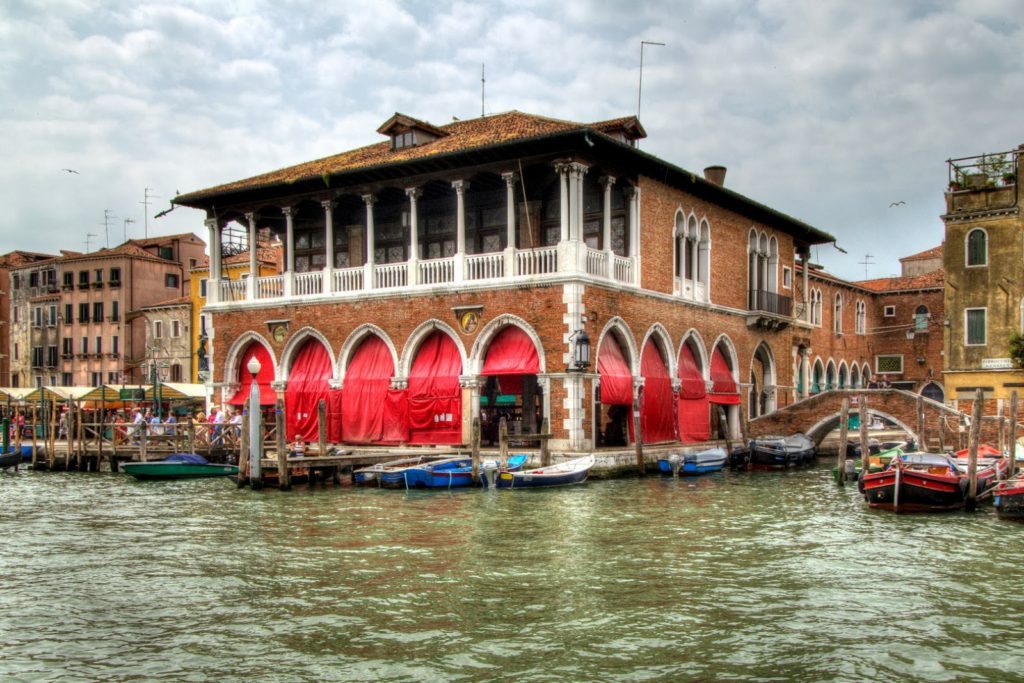 Although the building is quite recent, the location of the fish market has been the same since the 14th century. In 1514, the island of Rialto was devasted by a great fire: it was so cold that fire fighting was impossible because the wells and canals were frozen over, and the blaze burned for twenty-four hours. Among the projects for rebuilding the market, there was a plan for a rectangular complex surrounded by canals.As often in Venice, a more conservative design was chosen with most elements of the previous layout. 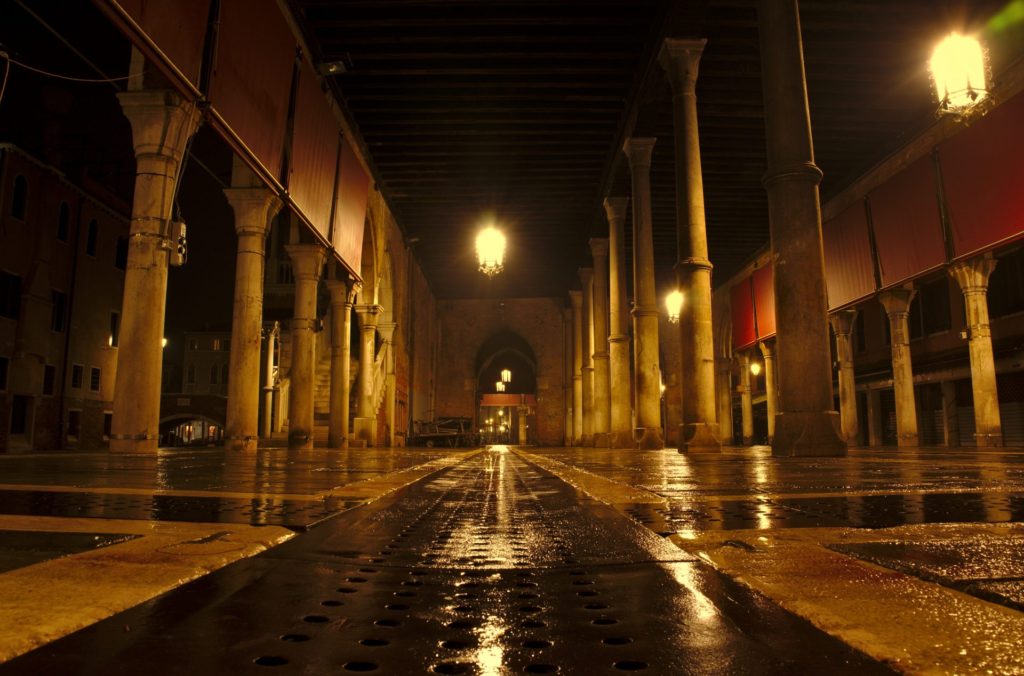 Fishmongers have been screaming the quality of their goods to their prospective customers for seven centuries, rain or shine.

Today the scene hasn’t changed much: the sellers keep on shouting to invite passers-by to have a look at the freshness of their fish, shellfish, and crustaceans.

What has actually changed is the number of stalls: while in 2008 there were eighteen, today it is half that number, and more are on sale.Residents – whose number is also decreasing (less than 53,000) – are doing their best to support the activities that are a symbol of their city.The official #PescariaRialto hashtag invites locals and visitors to shop at the market.

What you can do instead is to book a connection with a Prontopia local assistant in Venice and get help for your fresh fish purchases! You might even learn of a local Venetian recipe or two.