Was Ice Cream Invented in Italy?

Eating gelato might be one of the most anticipated activity for people traveling to Italy. Ah, sweet, milky, colorful gelato… what a great snack for an afternoon break or a dessert to share with your friends. And one thing that people learn when they get to Italy is that gelato and ice cream actually have some distinct differences! What IS the difference between ice cream and gelato, and were both of these desserts invented in Italy?

Rome, Florence, and Venice can be difficult cities to navigate. Get where you need to go stress-free – schedule a Prontopia local assistant to help you today!

Where Did Ice Cream Originate?

Are you wondering about the history of ice creams? The forefather of gelato was a kind of sorbet. This sorbet was made with cream, fruit, and flavorings and without eggs, and it had an icy texture. These sorts of sorbets were first served as desserts at Charles II of England’s royal table in 1671 and at a gala dinner in Stockholm in 1688. Throughout the 1700s, fruity sorbets were served in France, sometimes using eggs in order to make them creamier. This was also when the fromage glacé and tourte à la glace were born. 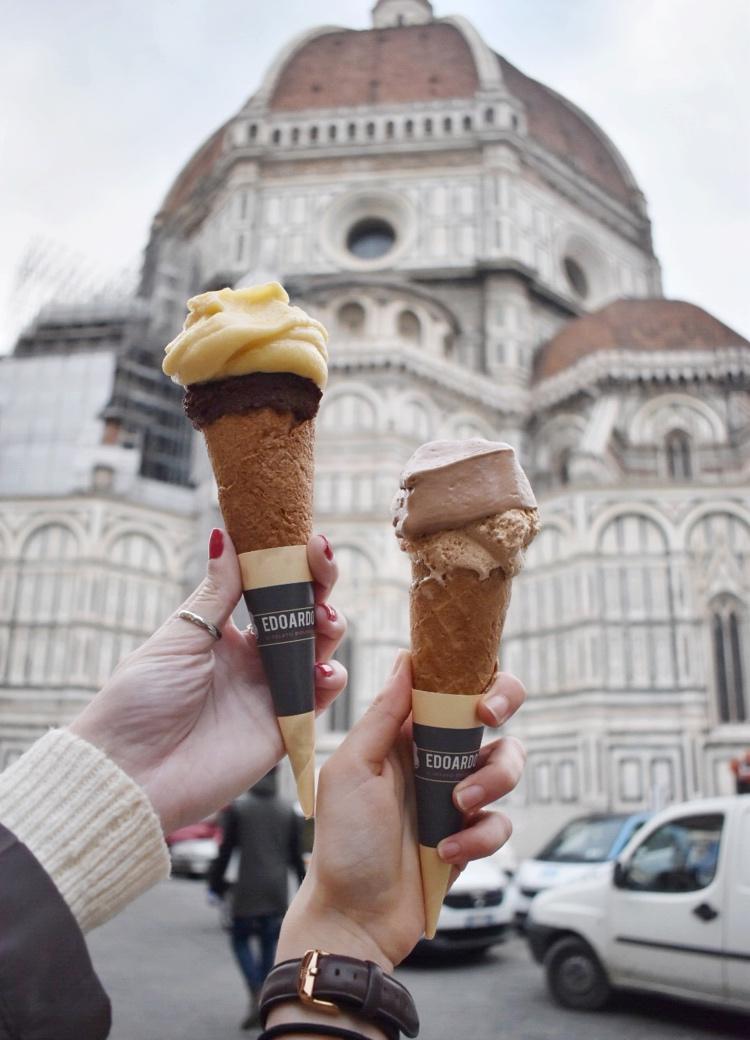 So technically, ice cream’s country of origin was France. Yet, it seems that the first ice cream shop was actually opened by Sicilian chef Francesco Procopio dei Coltelli, who ran a cafe in Paris, Café Procope, that offered a wide variety of ice cream flavors, such as “lemon juice cream”, “orange juice cream”, “anise” and “cinnamon flowers”. The café rapidly became very popular due to the well-known artists and writers who attended it – Voltaire, Diderot, George Sand, Balzac, Victor Hugo and more. 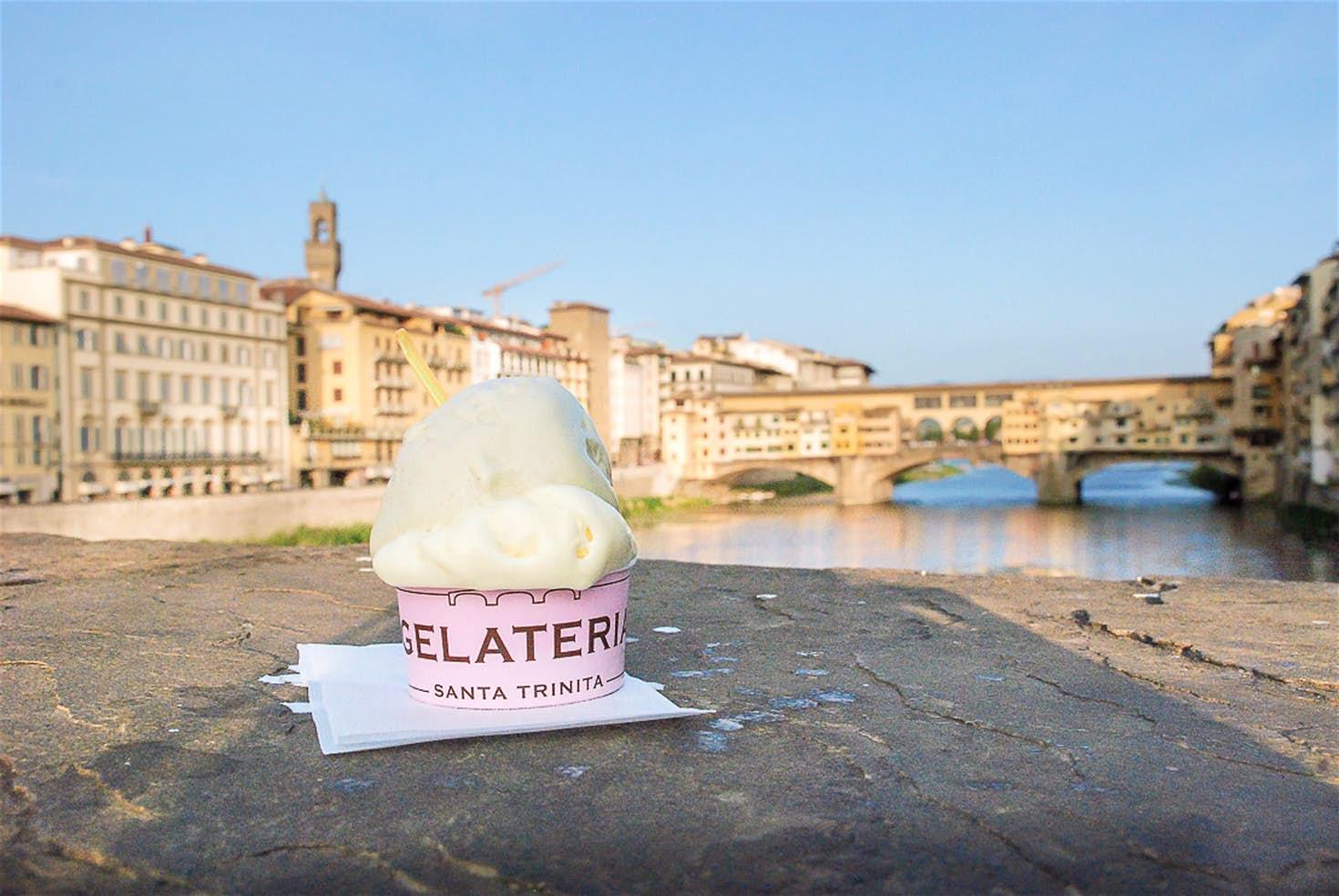 In Italy, the first gelato shop (gelateria) Pepino was opened in Turin, and it’s still open to this day. Over time, more gelato factories developed, such as Val di Zoldo in the Veneto region and Cadore in Belluno, both of which exported ice cream abroad. Italo Marchioni, an ice cream man from Cadore, actually invented the first ice cream cone, a wafer wrapped in a cone shape to be filled with ice cream scoops. This contributed to gelato’s increasing popularity both in Italy and abroad.

These days, gelato is very popular worldwide and in the United States, though the best gelato is still found in Italy. In France, it’s also tasty, though the texture more closely resembles the icier texture of sorbet. 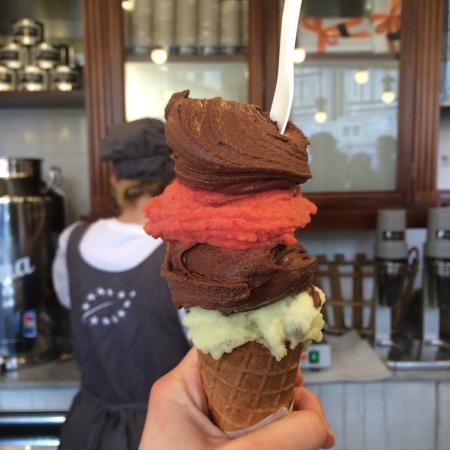 How do you recognize good gelato?

Good gelato should be soft and neither too cold nor too colorful. This is because it shouldn’t contain big chunks of ice or large amounts of food coloring. Whenever you see big mountains of colorful ice cream, watch out! You might want to look elsewhere. Also, the scoops shouldn’t look perfectly hard and round, as that might be a sign that the ice cream was freeze-dried (not fresh), and ice cream should always be freshly made. 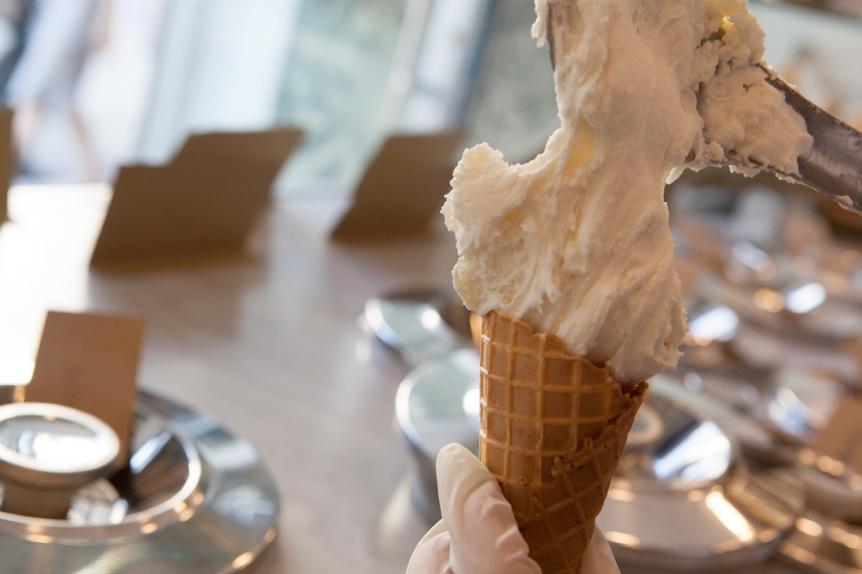 How do you have gelato in Italy?

Once you’ve made up your mind about which flavors you want to enjoy, you simply tell the ice cream man or woman whether you want a cone or a cup. Specify the size, then ask for two or more flavors. You can also ask to taste a flavor beforehand if you want! 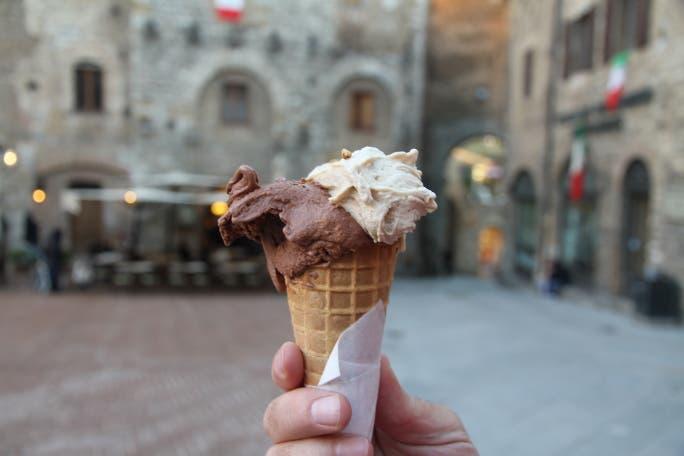 What is the best gelato in Florence’s city center?

This is the local go-to gelateria high school students and people working in the center love to go to for a break. Gelato is simple and delicious and offered at low prices!

This gelateria was founded in 1929 as a café and later turned into an ice cream shop. It’s very traditional compared to the others and offers gelato in cups (‘coppetta’) only.

This is a peculiar gelateria with unique flavours such as ‘acerola’, ‘caprino e noci’, watermelon, mango, ‘açai’ and more. Here, you can also try a yummy Brazilian açai bowl with bananas and nuts.

Even though Edoardo is a fairly touristy ice cream shop with long queues and touristy prices, the ice cream is worth the wait! Gelato is creamy, soft and comes in huge portions with crunchy cones and wafers.

This gelateria is going to be perfect for both your taste buds…and your Instagram profile! Queue for a few minutes, get your gelato and take a snapshot in front of the Arno river and ponte Vecchio.

This is an ice cream shop that locals love, offering simple, great gelato in the beautiful area of Borgo Albizi and Via Pietrapiana.