Things to Do in Florence, Italy in September

September is one of the most beautiful months to spend in Florence. Even though Florence's center has become increasingly globalized the in the past few years, you will still enjoy everything from pleasant weather and a fall atmosphere to local celebrations and festivities to get to know the real Florentine culture. Learn what to do in Florence Italy in September, the local way!

Florence can be a difficult city to navigate. Get where you need to go stress-free - schedule a Prontopia local assistant to help you today!

"Rificolona" is a traditional Florentine celebration that occurs on September 7th. Locals gather to watch a parade filled with colorful paper lanterns attached to sticks (called "rificolone"), from Piazza Santa Felicita to Piazza Santissima Annunziata. Watch out! You should probably know that it's a tradition that children shoot spit wads at the lanterns. This goes back to the origin of the parade, where poorly-dressed pilgrims marched into the center of Florence and were mocked. The goal is to knock the candle inside of the paper lantern over, setting the lantern ablaze - it's common for every lantern to be burned at the end of the evening. 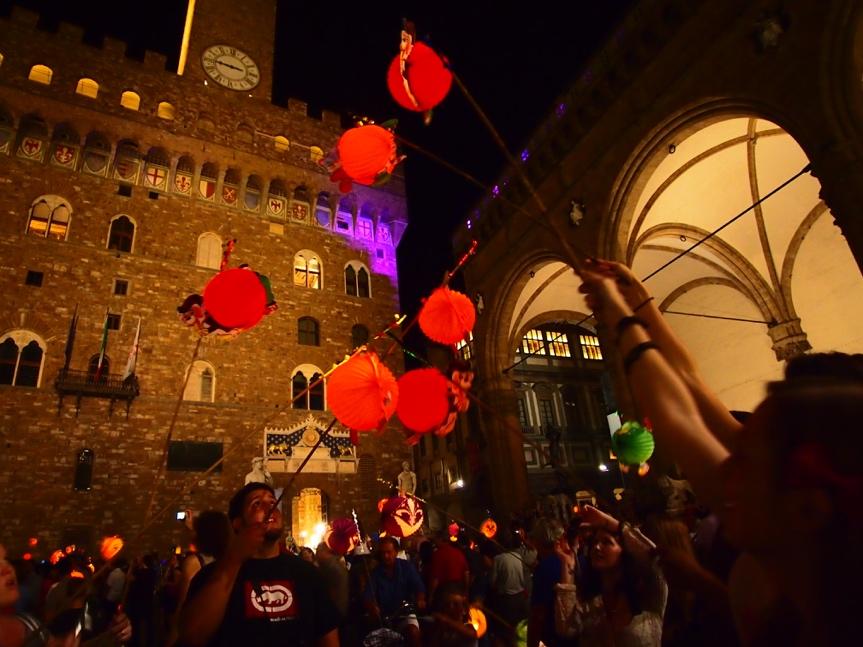 Every Saturday from June to early December, you can visit the arts and crafts market ‘Artefacendo’ (‘art making’). This is located in Piazza dei Ciompi, where the former flea market was held. This could be a good opportunity to bring some artsy souvenirs from Florence back home!

On the fourth Sunday of September, a carriage pulled by two white oxen and filled with wicker wine bottles marches through the streets of Florence to celebrate the young wine of the year from the Chianti Rufina area. You can go downtown and watch the parade of the so-called ‘crazy carriage', take some souvenir pictures, and grab a bite to eat. 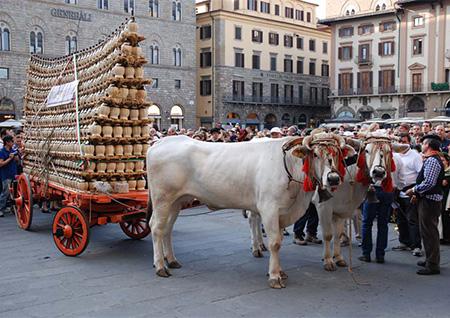 Corri La Vita (literally translated as ‘run life’) is a yearly run to support women suffering from breast cancer. It’s a very popular event that most Florentines participate in. If you don’t like marathons, no worries – you can simply turn up and walk or march to support this amazing cause. This year, it’s going to take place on September 29th . 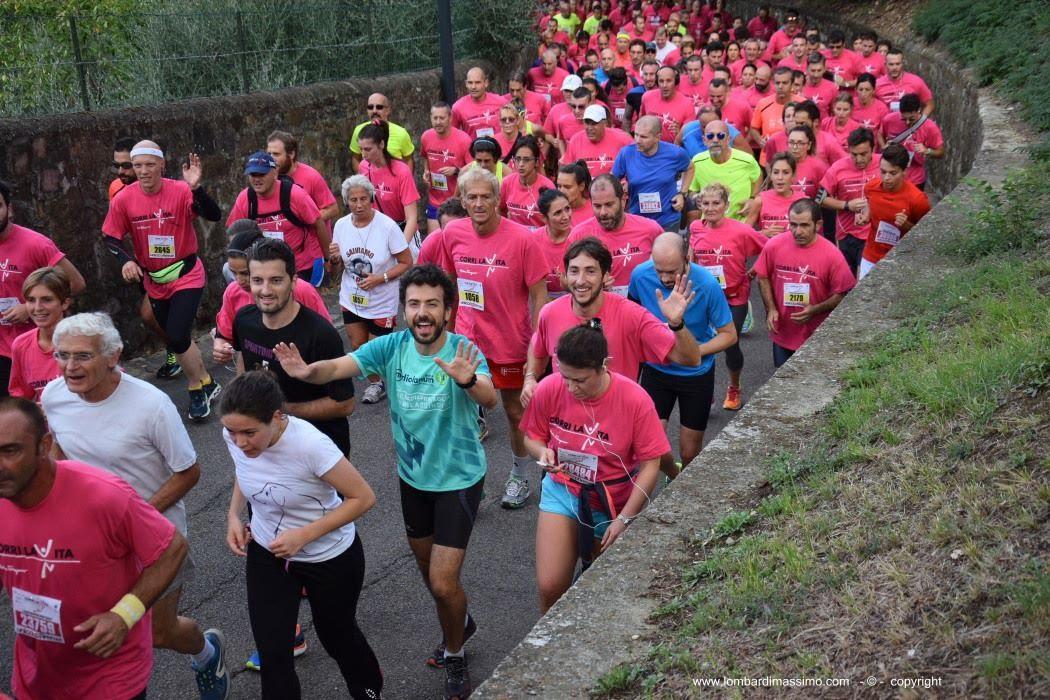 If you’re a wine lover and would like to return back home with some sommelier knowledge, you might want to attend the Expo of Chianti Classico - Tuscany’s most well-known wine - between September 5th and 8th in Greve in Chianti. 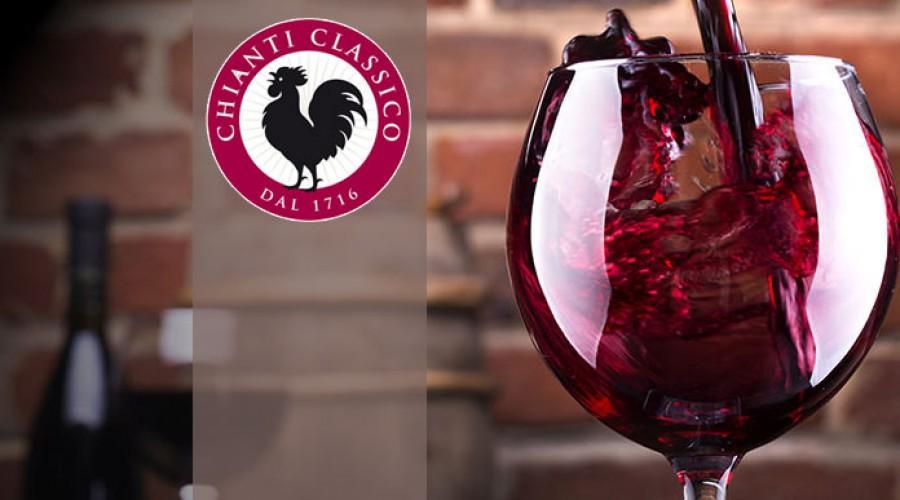 Cookstock is a fantastic opportunity for foodies and Italian food lovers that takes place in the little town of Pontassieve, an area south to Florence. Cookstock consists of a series of food events, such as aperitifs and tastings. 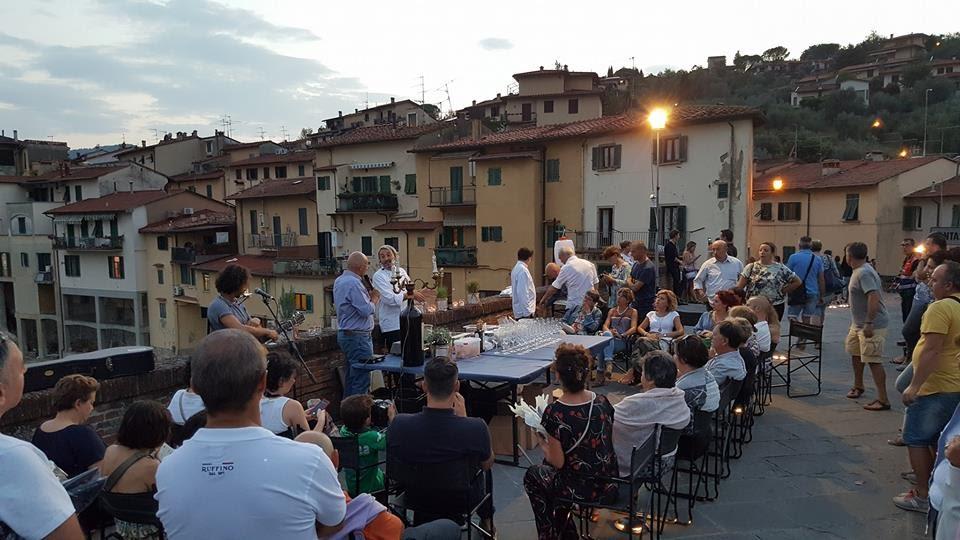 The Festa dell’uva (‘Grapes Party’) is a century-old, yearly celebration to promote Impruneta’s local culture and products that takes place in Impruneta in the Chianti area. The town is divided into four neighborhoods: the Rione Fornace, Rione Pallò, Rione S.Antonio and Rione SS. Marie. Each of these supports the celebration with the participation of local artists, partnerships and more. Activities include fireworks, community dinners in the main squares, having ‘schiacciata con l’uva’ (‘grapes focaccia’), and ‘peposo’ a peppery meat-based dish. The 2019 edition will take place on September 29th, but similar activities are held throughout the month of September. 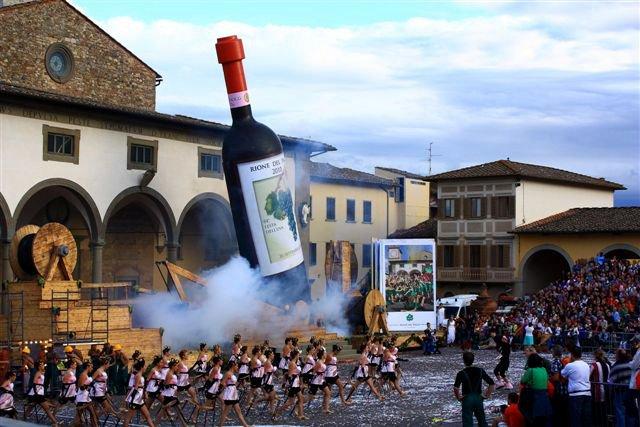 Medieval celebrations are very popular in Tuscany due to the high number of medieval towns, such as Monteriggioni and San Gimignano. Every year, the small town of Fucecchio celebrates Salmarzana in order to reenact the Middle Ages and utilize Fucecchio’s historic center. In Poggio a Caiano, a series of entertainment activities such as fireworks and juggling are organized during the ‘Assedio alla Villa’ (‘siege on the villa’). Finally, ‘Diotto’ is celebrated in Scarperia, a week-long celebration of parades and more to honor the foundation of the town in 1308 by the Florentine government. On these occasions, people often enjoy dressing up in Medieval and Renaissance clothes. 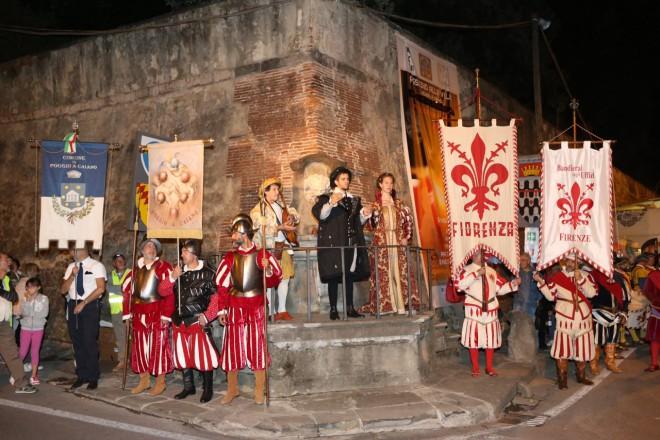